Shooting for the Moon at Gemini South 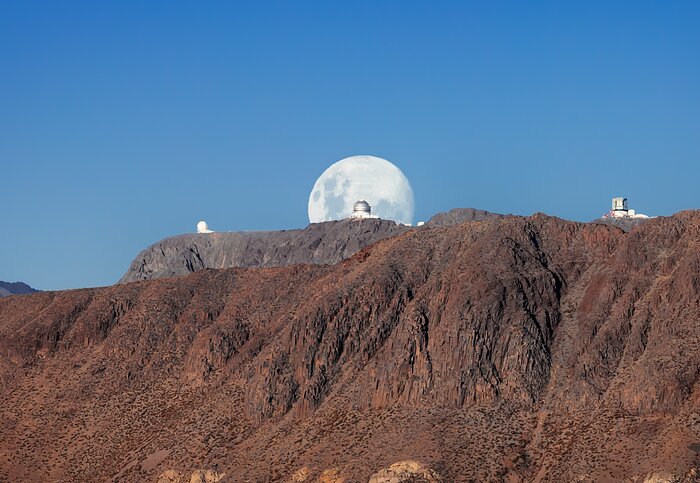 In a fantastically planned shot of the Moon, this image of Gemini South was timed to capture an almost perfectly full Moon framing the telescope. The other two telescopes caught between the red rocks of Cerro Pachón and the blue skies are the SOAR Telescope on the left and the almost finished Vera C. Rubin Observatory on the right. If you inspect the photograph closely, the red cranes being used to construct Rubin Observatory can just be spotted against the white dome. When complete, the telescope will be used to conduct an unprecedented, decade-long survey of the sky at optical wavelengths called the Legacy Survey of Space and Time (LSST). Gemini South is the southern member of the pair of telescopes that make up the international Gemini Observatory, a Program of NSF’s NOIRLab.