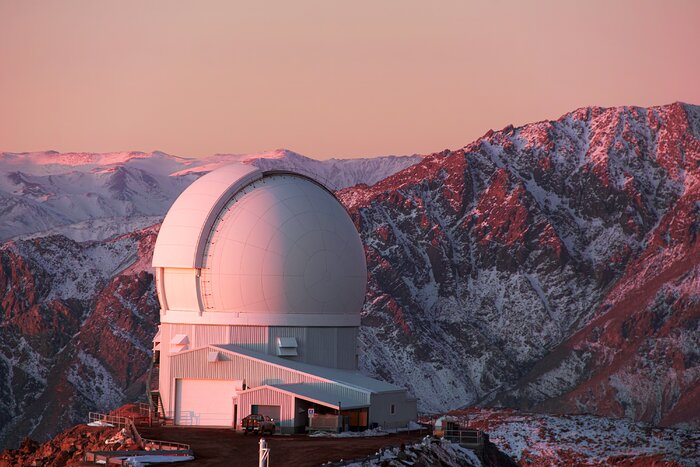 The white dome of the Southern Astrophysical Research (SOAR) Telescope looks a little like a giant snowball, juxtaposed against the icy backdrop. SOAR is an optical telescope, meaning that it observes the skies in the wavelength range that the human eye is sensitive to (and a little beyond). The telescope, however, is equipped with a 4.1-meter mirror, so it can collect a lot more light than human eyes. SOAR is based in Chile at Cerro Pachón. It stands at an altitude of 2,700 meters (8,900 feet) above sea level, which in this winter scene, explains the frosted mountain tops! SOAR is operated by the Cerro Tololo Inter-American Observatory, a Program of NSF’s NOIRLab.