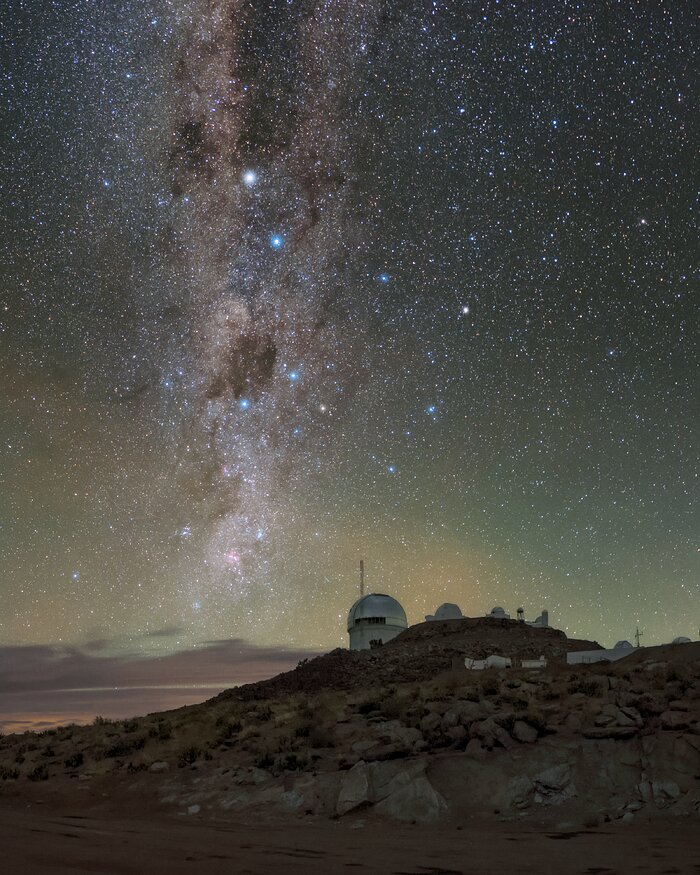 The Milky Way resembles a waterfall rushing down the colorful night sky above Cerro Tololo Inter-American Observatory (CTIO), a Program of NSF’s NOIRLab. The green-tinged light on the horizon is airglow, originating from the naturally occurring gases in Earth’s atmosphere. Airglow is present at all latitudes but is incredibly dim at visible wavelengths, making it difficult to spot with the naked eye but vivid and bright with long exposure photography. While the horizon softly glows with light, the skies above the telescopes remain awash with stars.