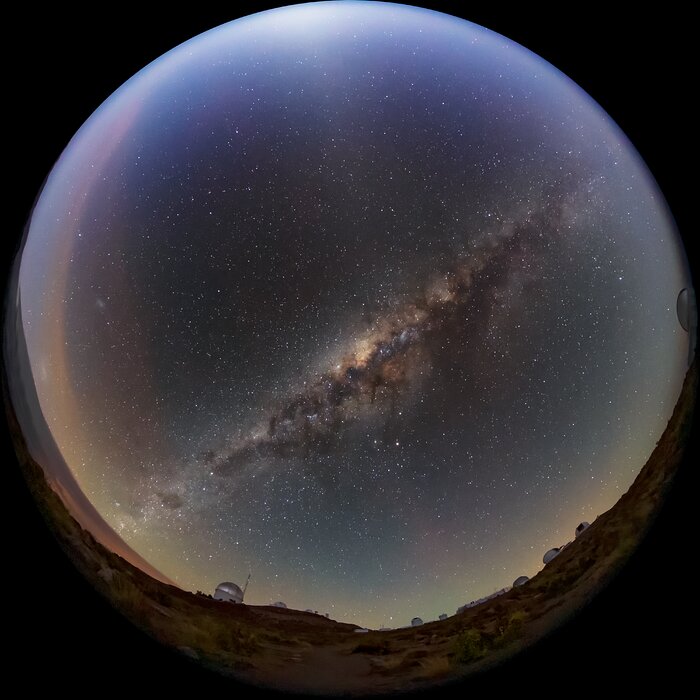 The Milky Way appears to be trapped in a crystal ball in this fisheye image taken at the Cerro Tololo Inter-American Observatory (CTIO), a Program of NSF’s NOIRLab. Thanks to its remote location atop Cerro Tololo in northern Chile, CTIO enjoys a breathtaking panoramic view of the southern hemisphere’s night sky, and a spectacular perspective on the heart of the Milky Way. Though the dusty band of our Milky Way dominates this image, several of CTIO’s telescopes can also be seen along the edges. With more than 20 telescopes operating at the site, CTIO is fully equipped to take advantage of the pristine Chilean skies.