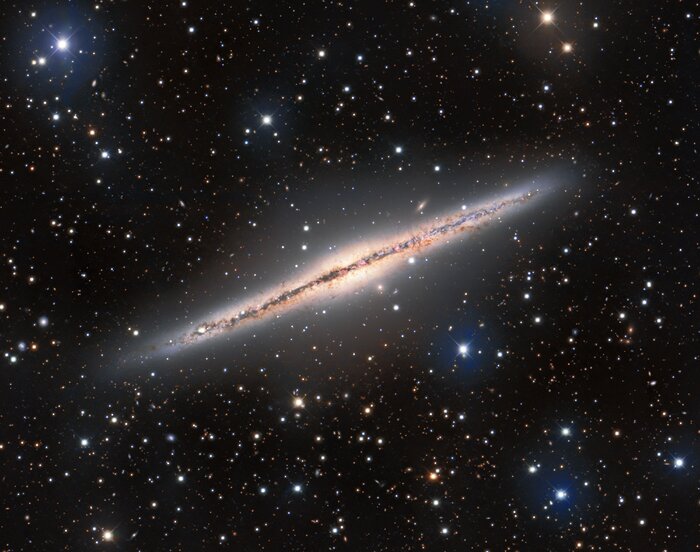 The Silver Sliver Galaxy — more formally known as NGC 891 — is shown in this striking image from the Mosaic instrument on the 4-meter Nicholas U. Mayall Telescope at Kitt Peak National Observatory, a Program of NSF’s NOIRLab. NGC 891 is a spiral galaxy that lies almost perfectly edge-on to us, leading to its elongated appearance and its striking resemblance to our home galaxy, the Milky Way, as seen from the Earth. Since NGC 891 is oriented edge-on, it’s great for investigating the galactic fountain model. When stellar winds and supernovae from the disk of a galaxy eject gas into the surrounding medium, it can create condensation that rains back down onto the disk. The condensed gas then provides new fuel for star formation. In addition to the portrait of NGC 891, this image is littered with astronomical objects near and far — bright foreground stars from our own galaxy intrude upon the view of NGC 891 and distant galaxies lurk in the background.