Dazzling in the dark 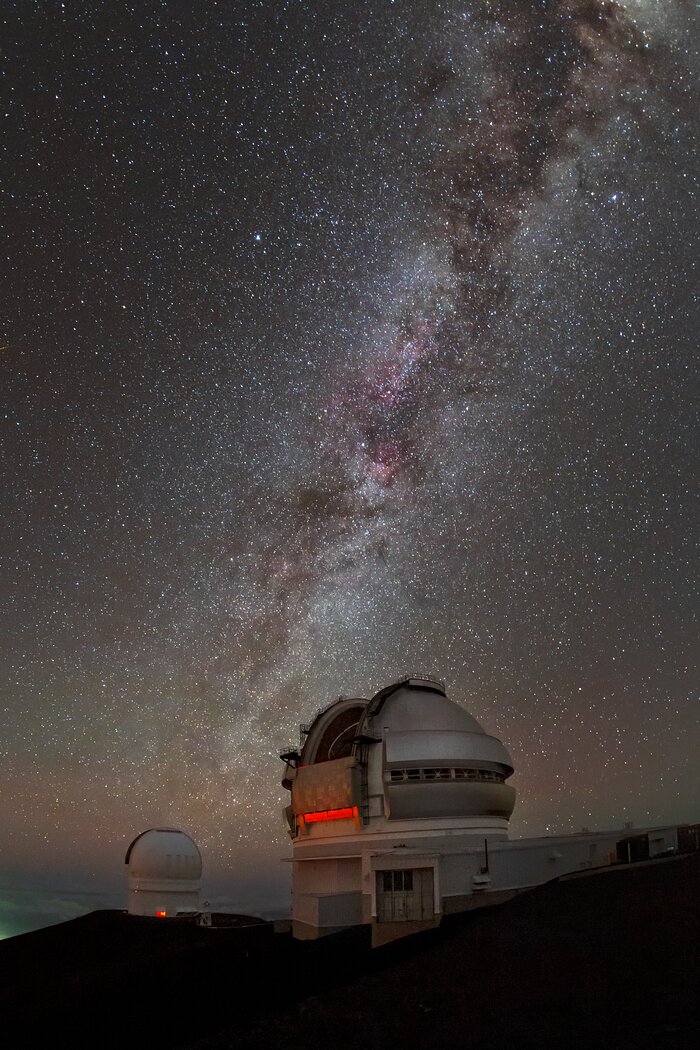 If you took only a quick glance at this image, you might think that the dark patches occulting the stars were smoke, rising from the ground. In fact this dazzling image — taken on Maunakea, Hawai’i at the northern site of the international Gemini Observatory (right), a program of NSF’s NOIRLab — shows the Milky Way in vivid detail, allowing us to see not only the stars, but the dusty regions which block their light. Tiny flecks mostly inorganic matter make up cosmic dust which in turn forms enormous obscuring clouds. The dark, smoke-like trail through the heart of the Milky Way is one such cloud, known as the Great Rift, containing more mass than 1 million suns