A (Galactic) Arm’s Length Away 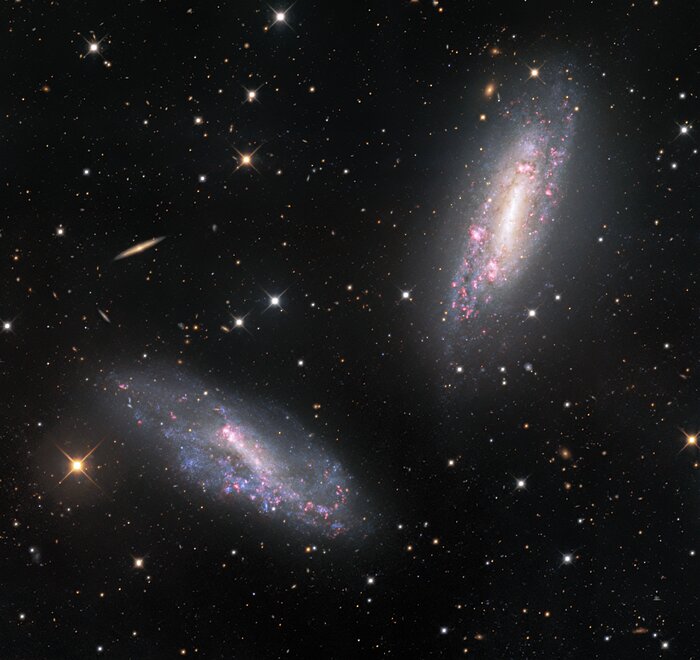 The two galaxies in this image — NGC 672 (top right) and IC 1727 (bottom left) — appear to be so close that they are almost elbowing each other, like playful children. In fact, the galaxies shown in this beautifully detailed image taken at the Kitt Peak National Observatory, a program of NSF’s NOIRLab, are classified as a galactic pair, and the gravity of each galaxy influences the other. The pair are located around 20 million light-years away from Earth and the space between them spans over 80,000 light-years, a seemingly enormous gap. However, from the perspective of the galaxies’ themselves, that separation is not so significant, as it is roughly equivalent to the size of the galaxies themselves.