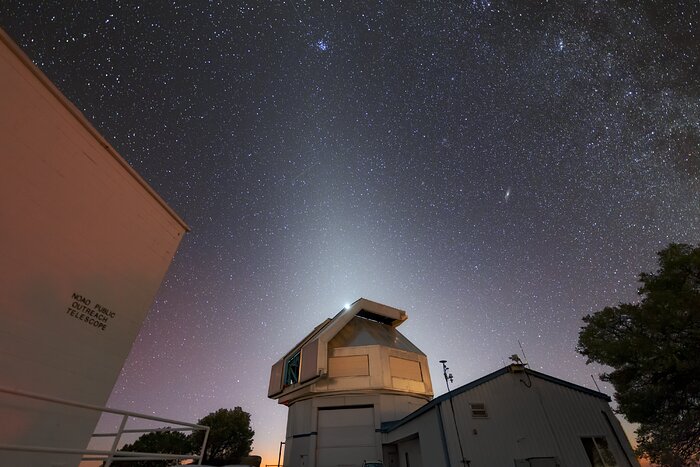 The glow behind the 3.5-meter WIYN telescope looks like a celestial aura, but it is really a phenomenon known as the Zodiacal Light. This faint glow, created by the scattering of light by small dust particles left over from the formation of our Solar System, is only visible during evening and morning twilight (in the west and east, respectively) and along the plane of the Solar System or the zodiac (hence the name zodiacal light). The WIYN telescope is part of the Kitt Peak National Observatory (KPNO), a program of NSF’s NOIRLab. Also visible is the brilliant light of the planet Venus just above the telescope’s dome.