Sunset at Dawn of Big Data 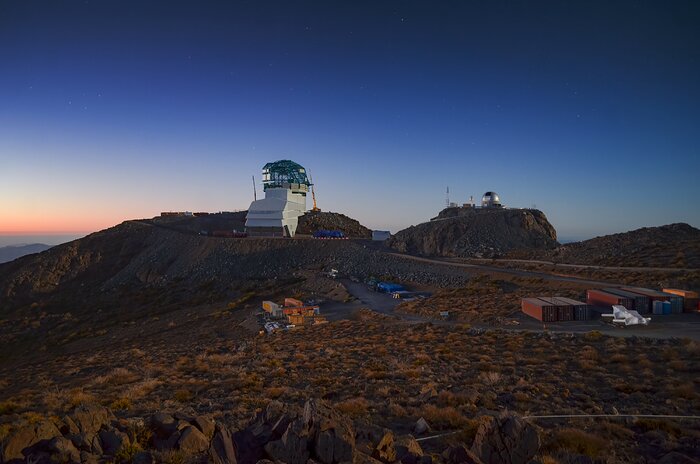 The Vera C. Rubin Observatory (formerly known as the Large Synoptic Survey Telescope or LSST — see the press release) is featured in this peaceful twilight image. Currently under construction on Cerro Pachón in the Chilean Andes, the Rubin Observatory will produce the Legacy Survey of Space and Time (LSST), a ten-year optical survey of the visible sky that begins in October 2022. The survey will be conducted using the 8.4-meter Simonyi Survey Telescope, which is currently being assembled inside the summit facility, and the 3200-megapixel DOE-funded LSST Camera, which is nearing completion at SLAC National Laboratory. The Rubin Observatory is expected to image 37 billion stars and galaxies during the survey, and will produce about 20 terabytes of data every night. In just the first year of the survey, it will image more asteroids, stars, quasars, and galaxies than all previous telescopes combined.