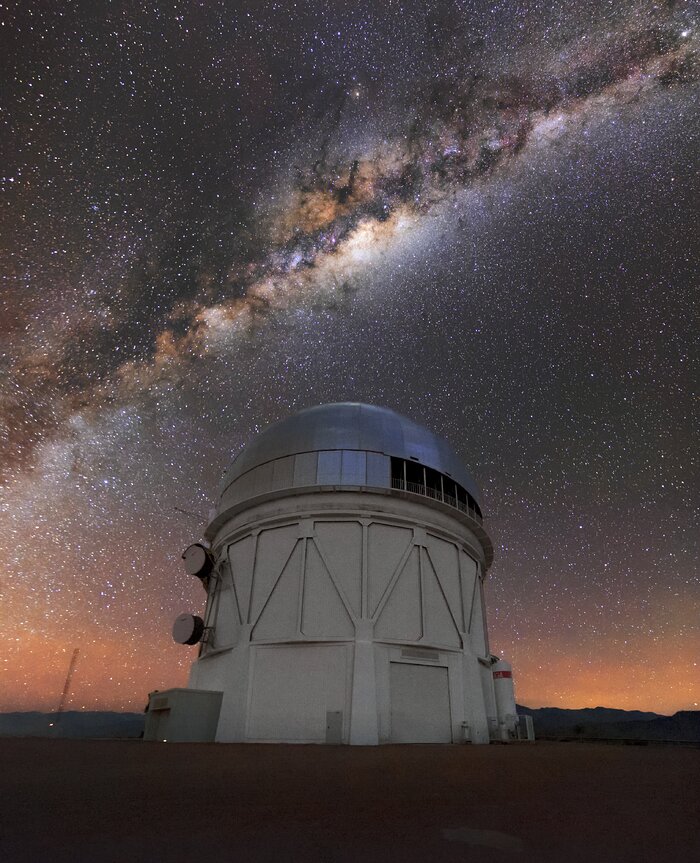 The Milky Way arches high over the Blanco 4-meter Telescope at Cerro Tololo Inter-American Observatory (CTIO) in Chile. The Blanco 4-meter Telescope began operating in 1976, providing astronomers with a world-class observatory in the southern hemisphere, and it continues to produce cutting-edge science. The Blanco is currently equipped with the Dark Energy Camera (DECam), a state-of-the-art 500-megapixel camera which completed the five-year Dark Energy Survey in early 2019. DECam continues with an expanded mission and is providing astronomers with a powerful tool for studying dark energy, exoplanets and more.