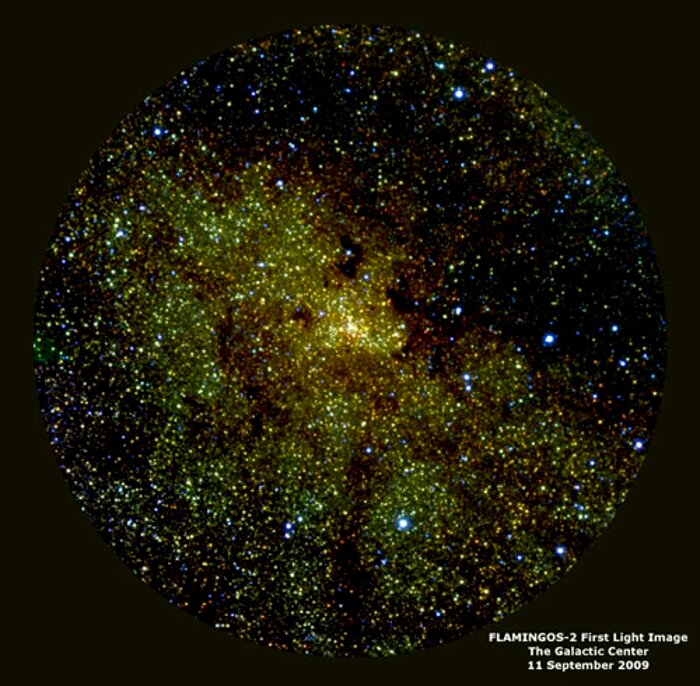 FLAMINGOS-2 image of the Milky Way Galactic Center where a supermassive black hole resides. Most of the stars seen here would invisible in an optical image (except for the foreground blue stars), the remaining stars are seen here becuase their near-infrared light is able to penetrate intervening clouds of gas and dust. This 3-color composite image combines the J-band (1.25 microns, blue), H-band (1.65 microns, green) and Ks-band (2.2 microns, red). The image has a total exposure (integration) of less than 10 minutes and a resolution of about 0.7 arcsecond.