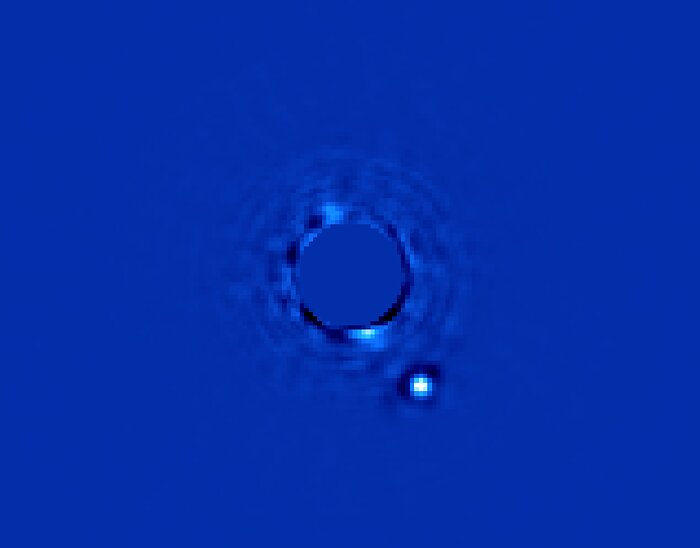 Gemini Planet Imager’s first light image of Beta Pictoris b, a planet orbiting the star Beta Pictoris. The star, Beta Pictoris, is blocked in this image by a mask so its light doesn’t interfere with the light of the planet. In addition to the image, GPI obtains a spectrum from every pixel element in the field of view to allow scientists to study the planet in great detail. Beta Pictoris b is a giant planet – several times larger than Jupiter – and is approximately ten million years old. These near-infrared images (1.5-1.8 microns) show the planet glowing in infrared light from the heat released in its formation. The bright star Beta Pictoris is hidden behind a mask in the center of the image