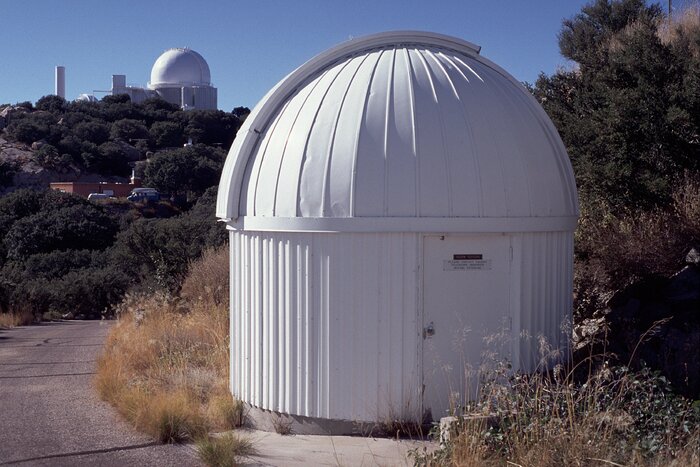 This dome formerly housed the Razdow which was used to watch the Sun continuously to provide a monitor of solar conditions. Astronomers used the principal solar telescopes on Kitt Peak, such as the McMath-Pierce, and did not otherwise have a way to check on outside conditions from inside their enclosed control rooms. The picture from the Rasdow was piped around to various locations and could often alert the astronomer to the presence of light cloud or other problems which could compromise the quality of the data. The KPNO 2.1-meter telescope is visible in the background.