Educating people about the Universe and writing about its wonders wasn’t exactly written in the stars for NOIRLab’s Communications and Outreach Assistant Leinani Lozi — that is until a lengthy spell in schooling led her to astronomy, compelling her to return to her home state of Hawai‘i.

As a Communications and Outreach Assistant for NOIRLab in Hawaiʻi, you could say that Leinani Lozi sees home as where the heart is and hers is firmly rooted in Hilo, Hawaiʻi.

Born and raised on the island of Oʻahu, Lozi did not grow up longing to learn about the stars. That passion developed later, at the beginning of what she calls “a long schooling journey.” At the University of Hawaiʻi at Manoa and later Hilo, Lozi originally opted to major in English, but switched to Astronomy in her second year. 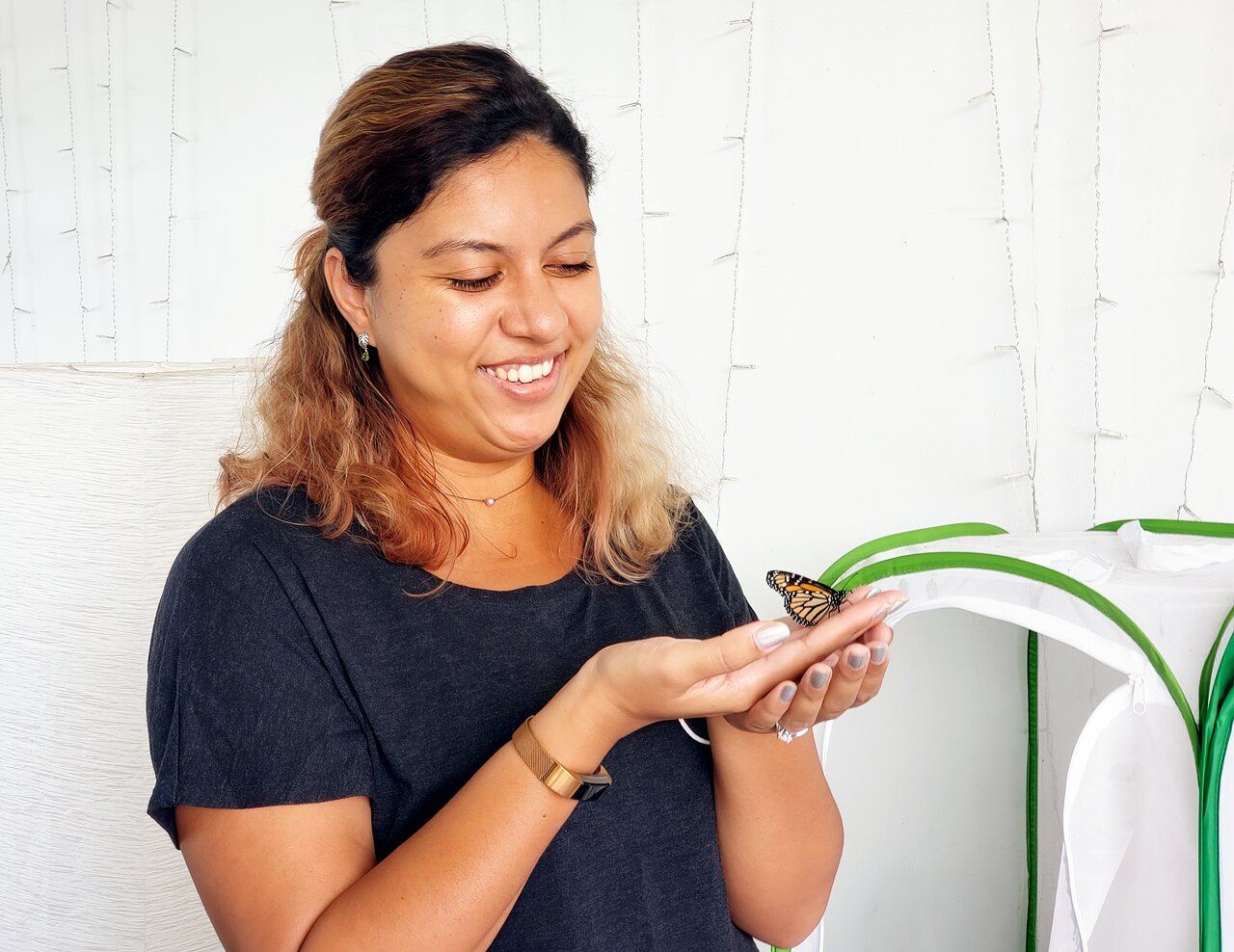 “When I took my first astronomy course, I had no idea what I was getting into,” she says. “I thought it was a bit like astrology, and that I was going to learn about some constellations and planets.”

Hōkūleʻa, the worldwide voyaging canoe, and her crew first set sail in 1975 using nothing but traditional wayfinding methods to navigate the oceans. The Polynesian Voyaging Star Lines were created by Nainoa Thompson in the 1970s, rooted in traditional knowledge and organized to efficiently navigate the seas.

Instead, Lozi was learning about astrophysics, such as the life cycles of the stars above our heads, and how much world-leading astronomy was being conducted right there in Hawaiʻi, at observatories such as the international Gemini Observatory with its Gemini North telescope on Maunakea, the site of her first internship in 2015.

However, “astronomy was difficult — the physics and the math were very hard for me,” she admits. So she switched to studying psychology-based neuroscience instead, which didn’t require as much math. That took Lozi abroad, to study for a semester in Birmingham, UK. She enjoyed it, but being away from her home made her realize how much she had to offer her community in Hawaiʻi and the fulfillment she felt working in outreach at Gemini. 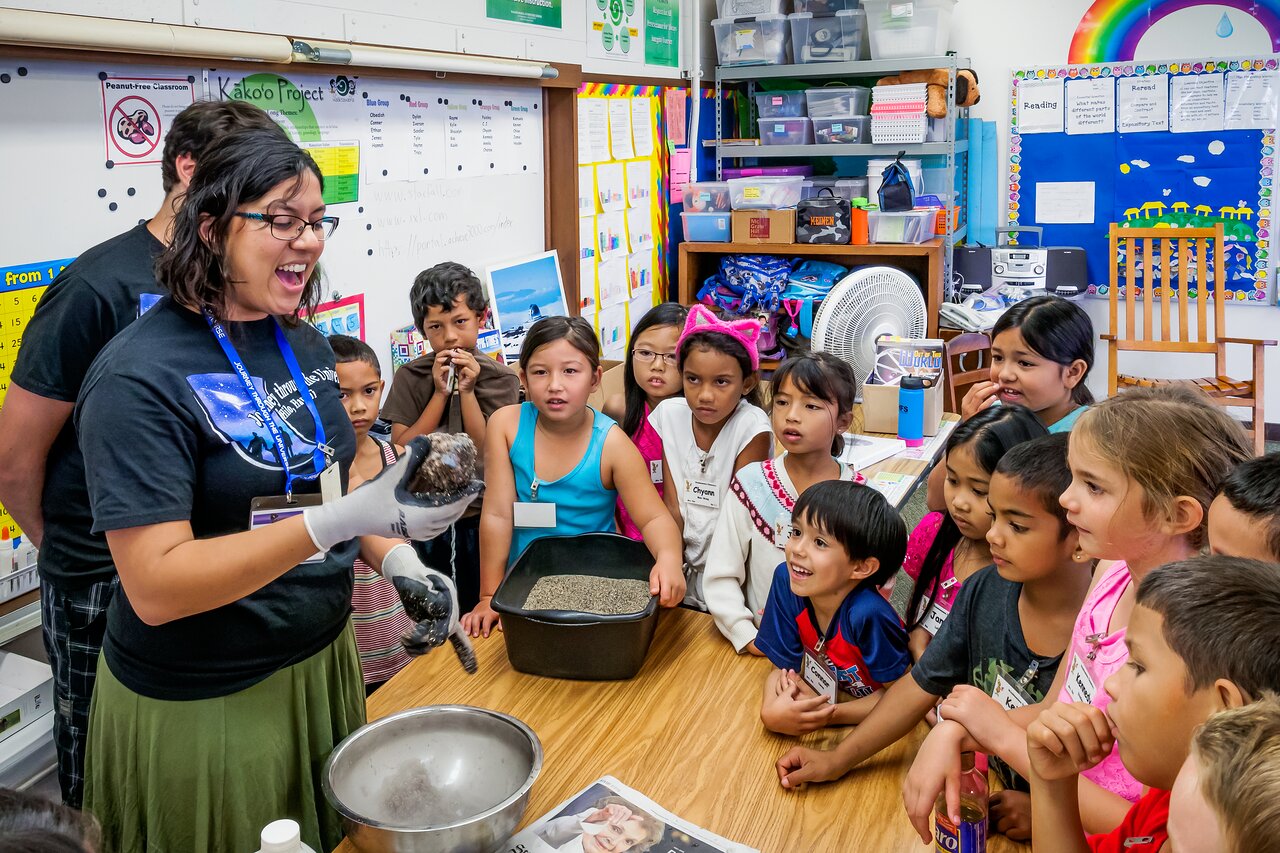 It’s all worth it just to be able to see their eyes light up when you tell them, for example, that stars explode. It’s kind of amazing. 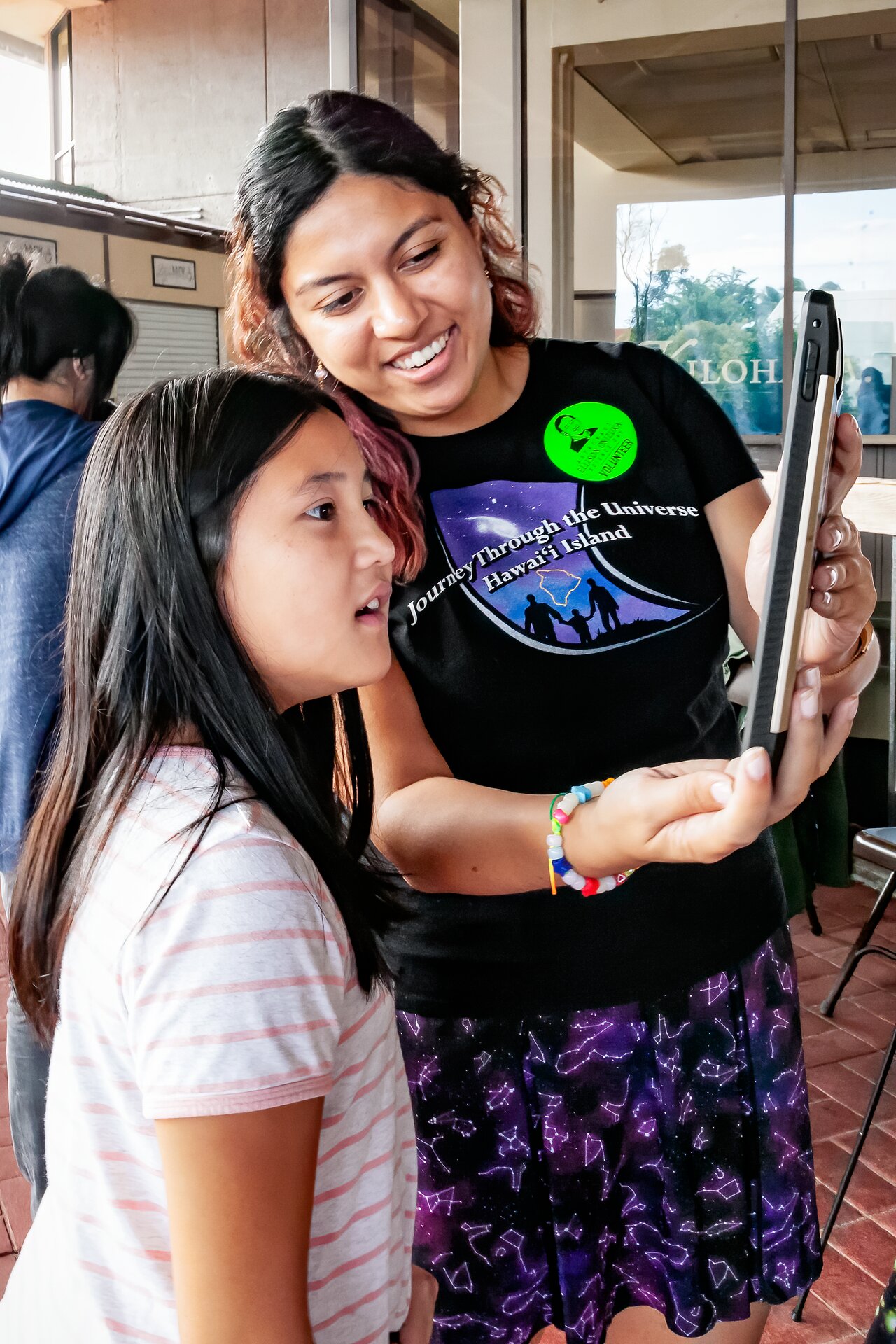 Lozi spends a portion of her time working in communications, where she writes press releases and blog posts and engages in social media.
Credit: International Gemini Observatory/NOIRLab/NSF/AURA/ J. Pollard

“Hawaiʻi is very rural and has a high turnover rate of teachers, and [Hawaiʻi] simply doesn’t have the same amount of resources or funds as other places,” she says. “So I stayed, and I didn’t go on to do neuroscience. Instead, I get to do some awesome work in education and writing every day.”

There’s these amazing telescopes in our backyard, and they are something I feel very proud of.

After Geminiʻs integration with NOIRLab, Lozi spends half her time working in communications — primarily focusing on social media — and the other half of her time is spent recording videos, going out into the community, visiting schools and teaching people about the Universe. To make the work of Maunakea’s observatories relevant and meaningful, Lozi connects their astronomical research with the history, traditions and scientific knowledge of the Hawaiian culture to teach and engage local children and adults.

“I had this epiphany that I work at a place where people at the observatories are studying the origins of everything that we are in terms of our physical selves, and this is reflected in Maunakea’s being the birthplace of Hawaiians on a spiritual level,” she says. “There are these amazing telescopes in our backyard, and they are something I feel very proud of.”

She highlights the four Polynesian Voyaging Star Lines, which in addition to other traditional methods are used by navigators today for finding their way across the oceans.

Besides interacting and sharing her passion for the stars with local students, teachers and families, Lozi is also learning Ōlelo Hawaiʻi (the Hawaiian language) at Ka Haka ‘Ula O Ke'elikōlani in an effort to better bridge modern and traditional knowledge. “I was born and raised here, but never actually learned the language, so now I finally get to learn it as an adult, and use it in my outreach to teach kids,” she says. 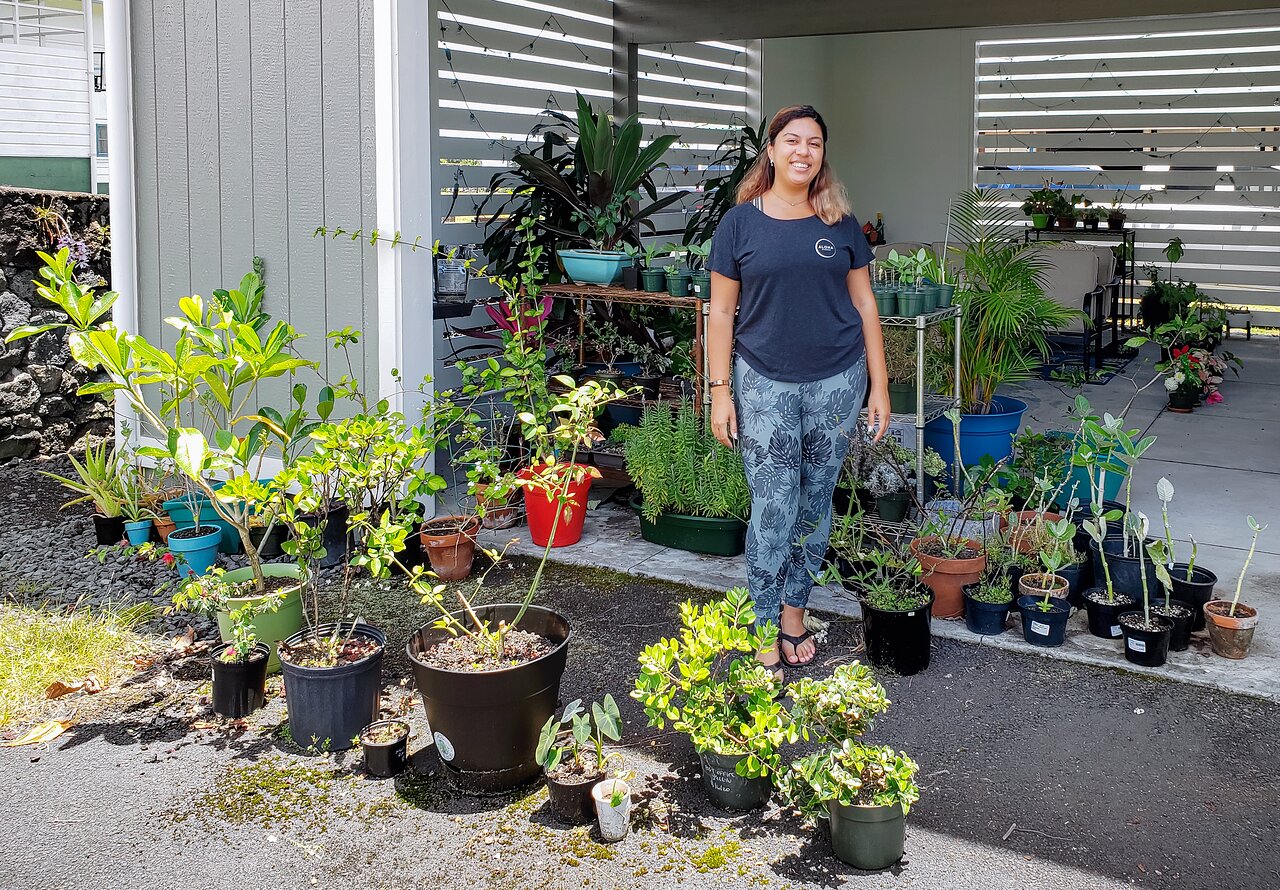 Lozi spends as much time as she can in her garage garden.
Credit: Leinani Lozi

For example, she highlights the four Polynesian voyaging star lines, which in addition to other traditional methods are used by navigators today for finding their way across the oceans. There’s one star line associated with each season — Ke Kā o Makaliʻi (the Canoe-Bailer of Makaliʻi), Ka Iwikuamo’o (the Backbone), Mānaiakalani (The Chief’s Fishline) and Ka Lupe o Kawelo (the Kite of Kawelo). Lozi uses them to teach astronomy, grounding the literally out-of-this-world subject in local culture so that students are able to create a connection between them, and can learn with ease.

I had this epiphany that I work at a place where people at the observatories are studying the origins of everything that we are in terms of our physical selves, and this is reflected in Maunakea’s being the birthplace of Hawaiians on a spiritual level.

“It’s all worth it just to be able to see their eyes light up when you tell them, for example, that stars explode,” says Lozi. “It’s kind of amazing.”