What could it mean if the cosmos is a couple of shades brighter than we thought possible? That’s a question NOIRLab’s Tod Lauer was faced with when he sifted through data from the camera aboard NASA’s New Horizons mission to Pluto and the Kuiper Belt. Lauer puts forward some explanations.

Astrophysicist Tod Lauer is usually busy studying galaxies, black holes and the large-scale structure of the Universe — things far removed from the Solar System and Earth’s neighboring planets. Yet, since 2013, Lauer has turned his talents towards planetary science, joining the team behind the New Horizons mission to Pluto and the Kuiper Belt. Now, using New Horizons’s LOng Range Reconnaissance Imager (LORRI) camera, Lauer’s attention has returned once more to deep space, and to measuring the Cosmic Optical Background, which is the combined light of everything in the Universe beyond the Milky Way. The observations show that the background light of the Universe is twice as bright as predicted — and nobody knows why.

So how did a galaxy-studying astrophysicist come to be working on a mission to the Kuiper Belt? It all stems from Lauer’s youth, growing up during the beginning of the Space Age. This turned Lauer into something of a space enthusiast, and from that, one of his hobbies was born.

Pointing to a wall in his home lined with shelves sagging under the weight of hundreds of books about space and space exploration, Lauer describes himself as an amateur space historian in his spare time.

“I was born two months before Sputnik, and I grew up with Apollo and the race to the Moon, so my life has always been entwined with the Space Age,” he explains, adding that like any enthusiast, “I still follow all the missions.”

This fascination with space exploration meant that Lauer knew at a young age that he wanted to become a scientist, “and an astronomer in particular.” He went to Caltech for his undergrad in astronomy, before moving to UC Santa Cruz for his PhD. His post-doc research was at Princeton University, where he joined the Hubble Space Telescope Wide Field/Planetary Camera (WFPC) team.

The most obvious solution is that there are more galaxies in the Universe than our simple extrapolations predict, or that something about their properties was different when they were young. 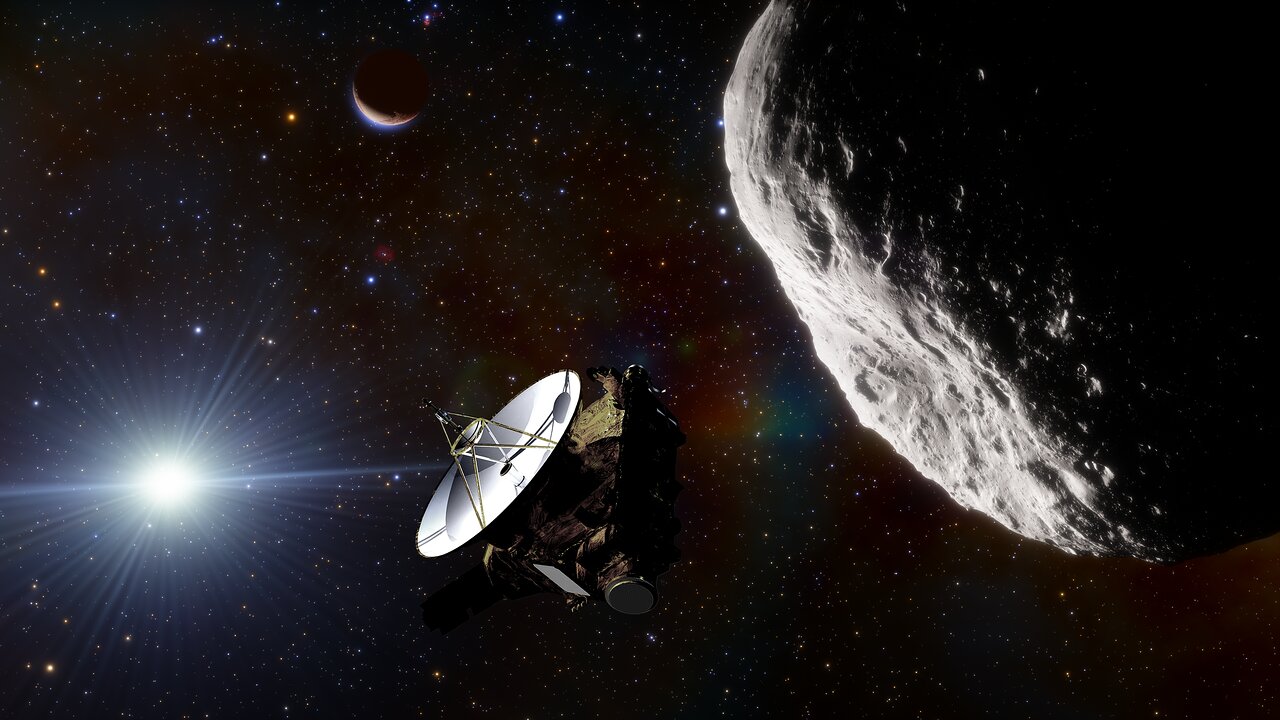 “The WFPC was the primary instrument on Hubble at the time. I was one of those responsible for making the team’s initial scientific program and doing the first work with the telescope,” says Lauer, who was the author of the very first Hubble Space Telescope research paper, that describes imaging the core of the nearby lenticular galaxy NGC 7457.

By that time, Lauer had moved to join the National Optical Astronomy Observatory (NOAO), and he continues to work today at the newly formed NOIRLab. Though he has spent much of the intervening decades researching galaxies, his ‘schtick’, as he describes it, is writing algorithms, in particular to analyze images and extract information from them, which can come in handy when working with images of faint galaxies taken by the likes of the Hubble Space Telescope.

According to the Deep Field image from the Hubble Space Telescope, it’s likely that there are around 120 billion galaxies in the observable Universe. Yet, according to Lauer’s recent research, there’s more light in the cosmos than they can account for.

It was this technical know-how that led to Lauer’s becoming part of the New Horizons team, almost by accident. Two years prior to New Horizons’s encounter with Pluto in 2015, the team was engaged in a public discussion about how they intended to use their spacecraft to conduct a long-range reconnaissance to search for moons and debris around Pluto that could be a hazard to the mission. Prompted by his general interest in space missions, and his experience, Lauer wrote to Hal Weaver, the mission’s Project Scientist, with some questions.

“From my perspective using Hubble, I didn’t understand their approach, so I wrote to Hal and said, have you thought about doing this, or that?” Lauer recalls. “Hal very patiently explained that they had strong constraints and so some of the things you might normally think of when using Hubble would not work with New Horizons. And there it might have stayed, but he said, ‘here’s what we’re actually doing, we’d love to know what you think about it’.”

After the Arrokoth encounter, New Horizons continued to cruise through the Kuiper Belt, and its distance from the bright light of the Sun gave Lauer the idea of using the darkness as the perfect environment for the LORRI to measure the Cosmic Optical Background.

It wasn’t the first time that astronomers had attempted to make such measurements, but this had been done around Earth, with the glare from our planet and the nearby Sun to contend with. Still, some of those measurements had implied that there could be more background light than all the galaxies in the Universe can account for. The New Horizons observations put that to the test in the darkest skies in the Solar System.

I wanted to practice writing for a more general audience, because I hate the dry writing of scientific literature. 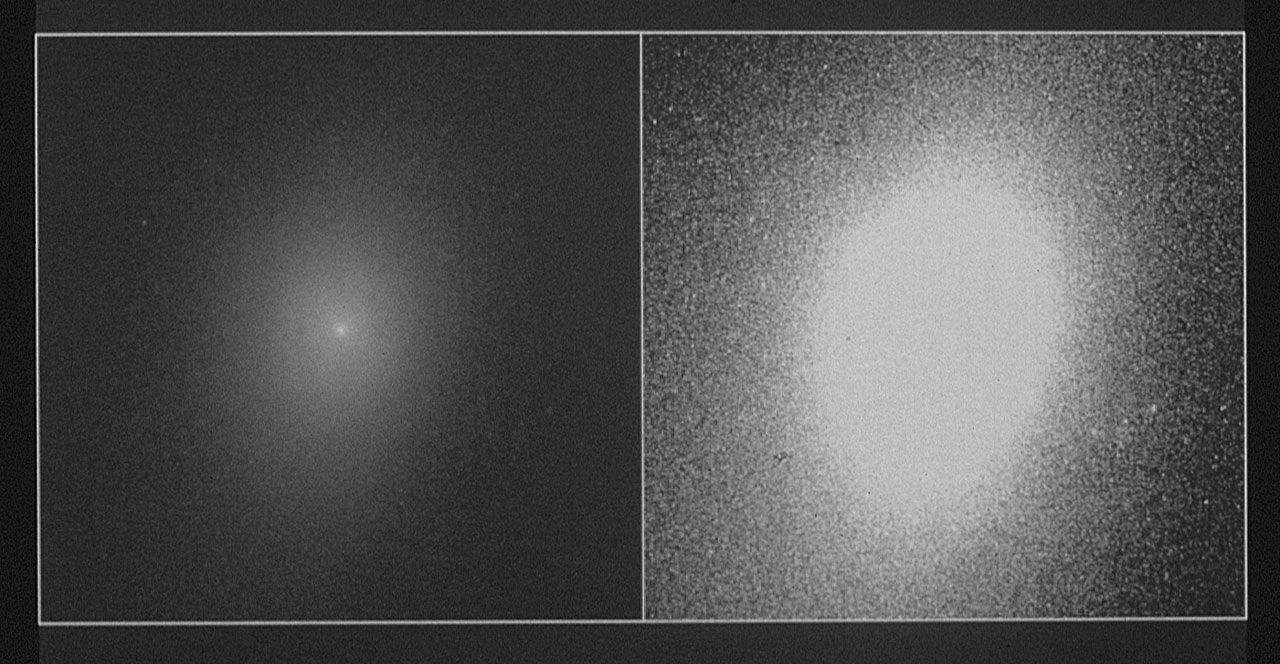 A 1990 Hubble Space Telescope image showing the core of NGC 7457, a lenticular galaxy that lies some 40 million light-years away.
Credit: NASA/ESA and STScI

With the help of the other members of the New Horizons team and Marc Postman of the Space Telescope Science Institute (STScI), Lauer was able to measure the Cosmic Optical Background using images from the LORRI. He found that it was twice as bright as expected based on what we know about the distribution and population of galaxies going back to early times.

“The most obvious solution is that there are more galaxies in the Universe than our simple extrapolations predict, or that something about their properties was different when they were young,” says Lauer.

Another possibility is that it is a mistake, and that perhaps light was leaking into the camera from a source that the New Horizons team had not accounted for. When the LORRI made the measurements of the Cosmic Optical Background, the camera was facing into deep space, with the Sun behind the spacecraft. However, it is feasible that light could have been scattered into the camera off of some overhanging part of the spacecraft. To show the lengths that the team went to in order to rule this out, Lauer says that “We spent weeks with models of the spacecraft and ray-tracing software to demonstrate that no, sunlight couldn’t bounce in off something dangling out in front of the camera.”The Universe is crammed with galaxies, as illustrated by the Hubble Ultra-Deep Field (pictured), but if it’s brighter than expected, then there could be even more galactic structures than previously thought. 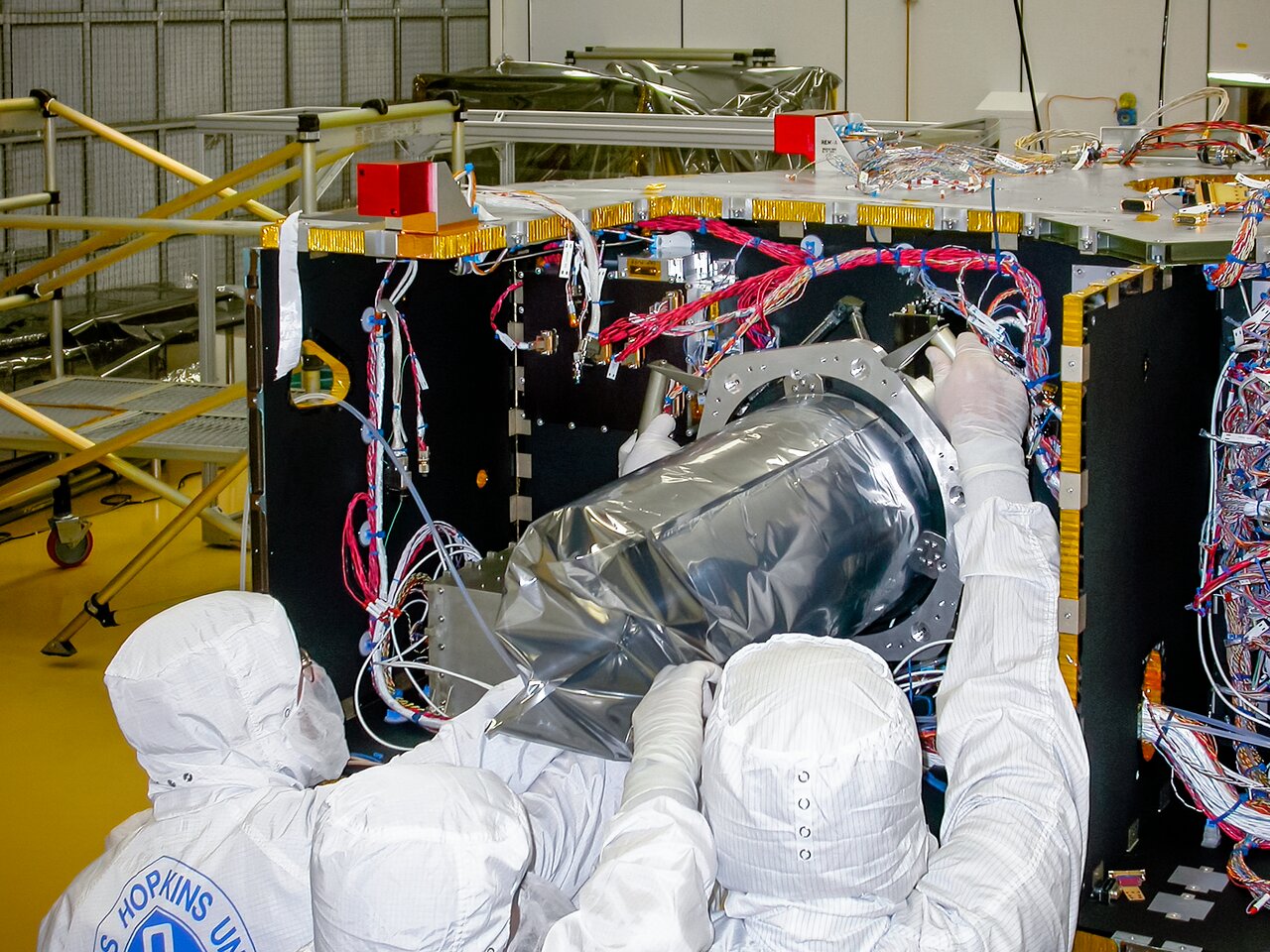 In doing so, Lauer also improved the calibration of the LORRI beyond what was required for New Horizons’s primary encounter. “The scattered light problem, for example, had not been a major concern, so I feel good that I could help improve the use of the camera for other investigations that were not part of the main mission,” he says. “An artifact might still be an explanation, but it would be an unhappy explanation because it would mean we didn’t do our job right.”

The mystery could be solved when NASA’s James Webb Space Telescope launches and is able to peer deeper into the Universe and observe the earliest galaxies. It may find that these young galaxies are brighter than expected, or that there are more of them, contributing enough light to make up the total amount of light seen by the LORRI.

The Universe is crammed with galaxies, as illustrated by the Hubble Ultra-Deep Field (pictured), but if it’s brighter than expected, then there could be even more galactic structures than previously thought.
Credit: NASA, ESA, H. Teplitz and M. Rafelski (IPAC/Caltech), A. Koekemoer (STScI), R. Windhorst (Arizona State University), and Z. Levay (STScI)

Whatever the answer may turn out to be, Lauer says that the project was “fun to do” and that despite not being part of New Horizons’s primary mission, the discovery could have a high impact for cosmologists and extragalactic astronomers seeking to understand the galaxies. In the meantime, Lauer will be pondering the problem of the extra background light while playing the piano.

“I’m not a particularly good musician, but it helps me think,” he says. “I can put problems down, go over to the piano and let things work themselves out in my head.”