There’s never a dull moment for Associate Electronics Engineer Mariah Birchard: when she’s not troubleshooting at Gemini South, she’s working closely with mechanical engineers to ensure everything is working as it should. She can often be found working with teams on new instruments that make Gemini South one of the most groundbreaking telescopes in the world.

Although scientists doing research using large telescopes such as the Gemini twins receive the plaudits, they are supported by a team of unsung heroes who keep the telescopes working night after night so that the astronomers can make their discoveries. 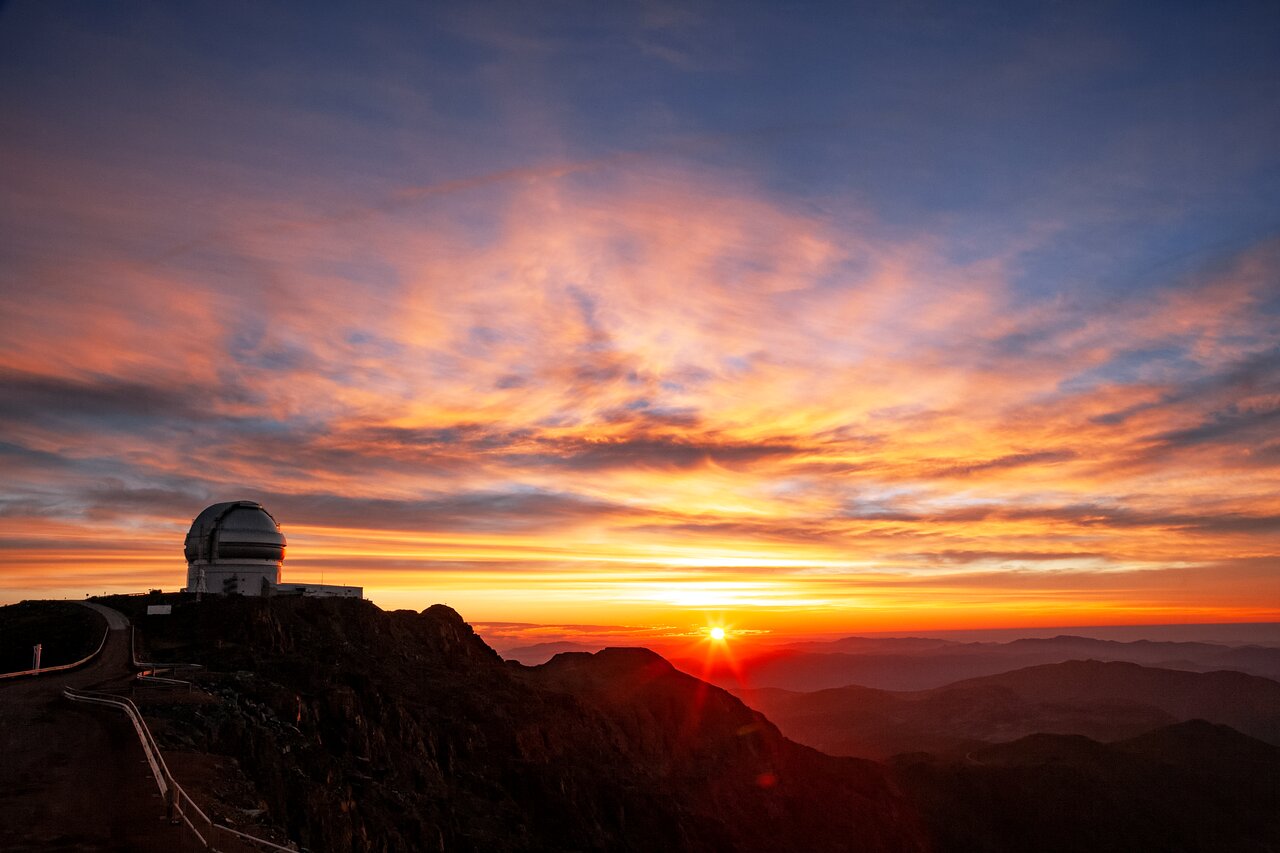 Gemini South is located atop Cerro Pachón, a mountain in the Chilean Andes.
Credit: NOIRLab/NSF/AURA/Gemini Observatory

Among those unsung heroes is Mariah Birchard, an Associate Electronics Engineer at Gemini South in Chile. As her title suggests, she works on the electronics of the giant 8.1-meter telescope, but by her own admission she gets to wear quite a few hats. Not only does Birchard help maintain Gemini South, she also works with multi-disciplined teams that include engineers as well as astronomers to commission new instruments and technologies affixed to the telescope.

The International Gemini Observatory consists of twin telescopes: Gemini South in Chile and Gemini North in Hawai‘i. Each can rapidly distort its 8.1-meter mirror to correct for the Earth’s atmospheric turbulence. That’s how they’re able to resolve objects that appear close together — like an exoplanet and its host star.

A normal day at work for Birchard begins with her checking how the observing session went the night before and whether any faults with the telescope cropped up that she can fix. “That’s the number one priority,” she says, “because the goal of the observatory is to be on the sky as much as we can be.”

And, as with any complex engineering system with lots of moving parts, motors and electronics, there’s plenty that can go wrong. “Often I’m fire-fighting, but I actually enjoy finding solutions when something breaks — when faced with a problem I get super-excited to solve it, but it can also be a little stressful, so it becomes a bit of a guilty pleasure,” she laughs. 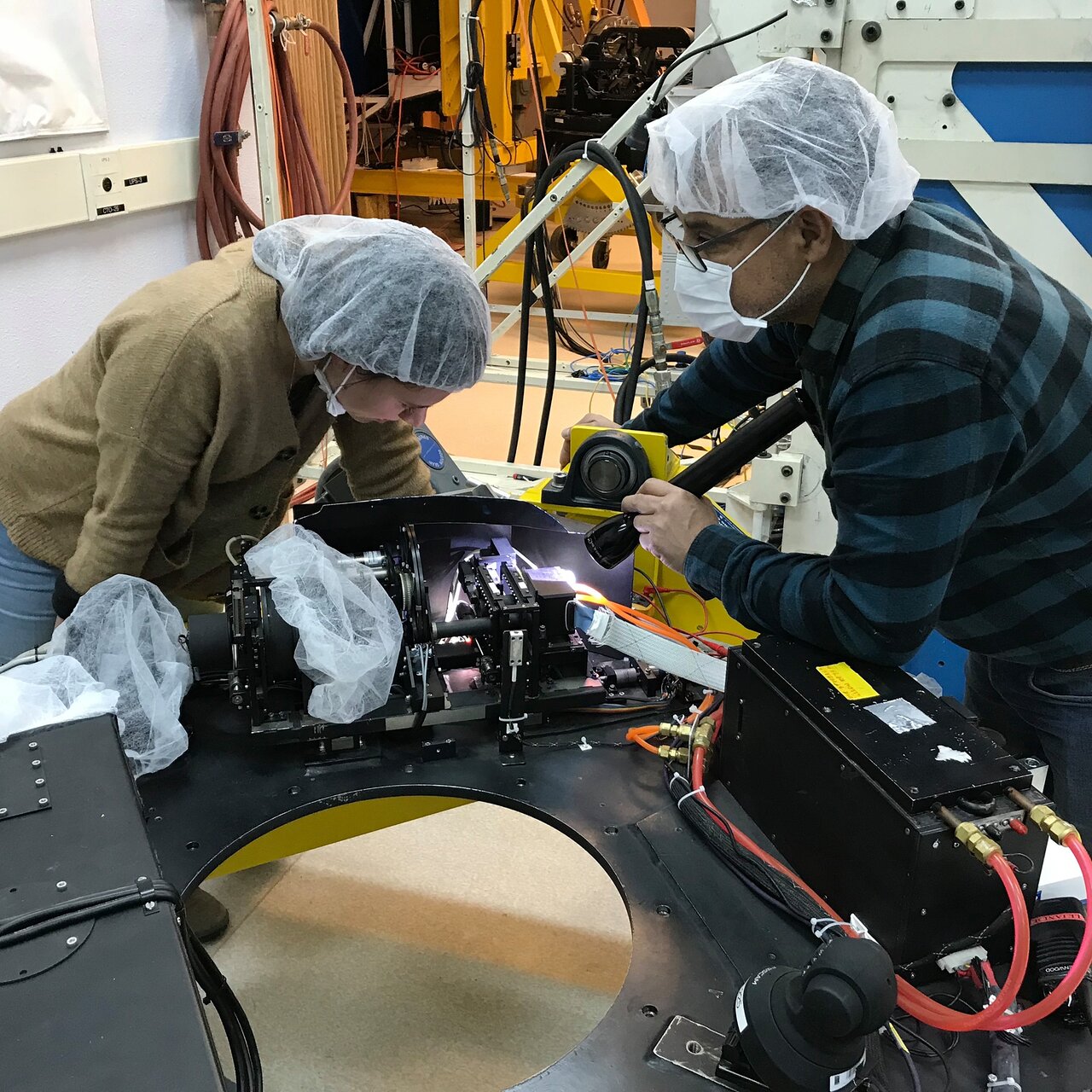 When Birchard, seen here working on the instrumentation at Gemini South, was at grad school she knew that she wanted to work at an observatory.
Credit: International Gemini Observatory/NOIRLab/NSF/AURA/M. Paredes

Her role isn’t just to fix things when they break. Birchard plans maintenance programs and integrates them into the telescope’s schedule, and this includes replacing old equipment before it actually breaks down. One of her current projects is the Secondary Mirror System Tip-Tilt Upgrade Project. Gemini is a reflecting telescope (a Ritchey-Chrétien Cassegrain to be precise, a design that will be recognizable to amateur astronomers). Briefly, light enters the telescope and reflects off the 8.1-meter primary mirror and onto a 1-meter secondary mirror, which focuses the light at the telescope’s focal point, where the astronomical instruments are located. The secondary mirror is mounted on a tip-and-tilt mechanism originally built by Lockheed, which also allows the telescope to adjust its focus. This mechanism is controlled by something called the control electronics module.

When something breaks, I get super-excited to solve it, but it can also be a little stressful, so it becomes a bit of a guilty pleasure.

“That module is very old, and it’s running off two Digital Single Processors and a computer running MS DOS — it’s just very obsolete,” says Birchard. As part of an overall obsolescence program, wherein the older parts of the telescope’s systems are being upgraded or replaced, the control electronics module is being replaced with a more modern version. “It’s a cool project, retro-fitting a new design onto an old design, so it has to fit the same interfaces and have the same type of controller response that the old one had.”

While maintaining Gemini South, Birchard also works with multi-disciplined teams that include engineers as well as astronomers to commission new instruments and technologies affixed to the telescope, as shown here.
Credit: International Gemini Observatory/NOIRLab/NSF/AURA/M. Paredes

One of the more interesting parts of her job is working with teams of astronomers bringing new instrumentation to the observatory and interfacing it with the telescope’s systems.

However, Birchard points out that having this kind of student experience isn’t a prerequisite for working as an engineer on a big telescope. “We do hire people who don’t have that background and come in completely fresh,” she says. “Because obviously there’s a lot of engineers who don’t have that experience.”

There’s plenty of learning on the job, and even Birchard says she’s still picking up new things. “Never be afraid to ask for help,” she advises. “Some people find it scary to ask for help, but if someone asks me for help I would be happy to, and I know my co-workers are exactly the same.”

With the day-to-day challenges of her job, sometimes help is needed to accomplish her goals. “What’s cool about this job is it’s not the same every day, but it can sometimes be overwhelming in terms of how much there is to do,” says Birchard. “Sometimes I’m in the office looking at documentation, or working in the lab designing new systems; on another day I might be up the mountain, trouble-shooting a problem at the telescope or performing planned maintenance tasks, where I might be at the summit for a week. Before the Coronavirus every day was different, but during the pandemic it’s been a bit boring!” 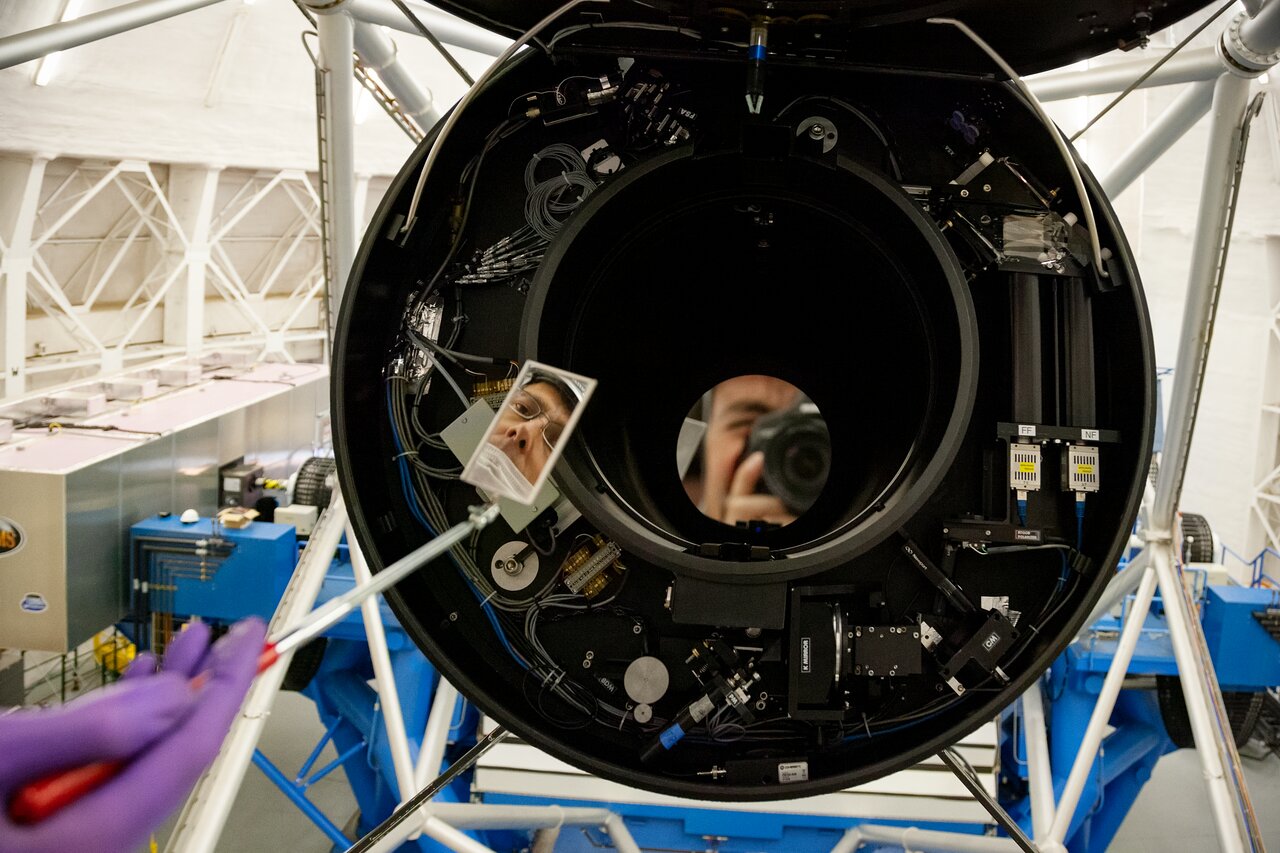 Birchard says that one of the most interesting parts of her job is working with teams of astronomers bringing new instrumentation to the observatory and interfacing it with the telescope’s systems.
Credit: International Gemini Observatory/NOIRLab/NSF/AURA/M. Paredes

One of the more interesting parts of her job, says Birchard, is working with teams of astronomers bringing new instrumentation to the observatory and interfacing it with the telescope’s systems. Meeting them and learning of their work helps to broaden her horizons, and better understand the choices they made designing the instrument, so that she can get the best out of it when interfacing it with Gemini’s electronics.

So, the next time you see a great new result from the Gemini Observatory, remember the unsung heroes like Mariah Birchard, who make it all possible!