It is with profound sadness and also deep sense of respect that I write this note to recognize the contributions of Victor to CTIO and, more broadly, to the generations of astronomers that have passed through CTIO, both as staff and as users of the facilities. I had the honor of overlapping with Victor briefly when I arrived at CTIO as a postdoc, but didn't get to know him well then. However, through interactions with the many people whose lives he touched, including astronomers, engineers, administrative and facilities staff, I've grown to understand the depth of his impact on CTIO and the “Tololino culture”. His leadership set CTIO on a solid course as a world-leading facility, both in its technical achievements and its culture of close teamwork and pride in the work that is done. That leadership was combined with a father-like quality for the staff, which firmly established the familial atmosphere that persists to this day at CTIO. 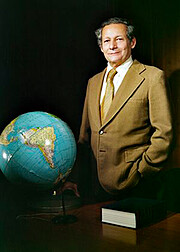