In celebration of the 50th anniversary of our national astronomy observatory, Dr. Alan Dressler will present “The Living History of the Universe” at the Marriott University Park, 880 E 2nd Street, on March 17 at 7:30 pm. This special program is available to the public at no cost.

Every minute of every day, light from the remote past arrives at Earth, much of it originating before the Earth itself was born. Astronomers look at the history of the Universe as it actually happened, by gathering the light from faint, distant galaxies that are frozen as slices in time. Drawing connections between what we see in the young, distant Universe to the one of our own time is challenging, however. A small history of this difficult endeavor, recounted by one of its key players, reveals how science works and the persistence of human curiosity.

Alan Dressler is an astronomer at the Observatories of the Carnegie Institution. His research has focused on galaxy evolution, particularly the issue of what leads to the diversity of different galaxy types and properties, including such effects as galaxy environment and interactions. Dressler has used large ground-based telescopes such as Magellan, and space telescopes such as Hubble and Spitzer, to look back in time to study the formation and evolution of galaxies; in particular, to better understand how much of what we see in today’s galaxies comes from ‘nature’ versus ‘nurture’. He has chaired numerous national committees that review and recommend future directions for astronomy facilities and programs.

Tucson’s Kitt Peak served as the birthplace of our national observatories. By the early 1960s, the National Observatory had begun building roads and telescopes on Kitt Peak as well as a headquarters in Tucson. During its first 50 years Kitt Peak National Observatory (KPNO) helped change our understanding of the universe, advanced telescope and instrument operations and design, and trained a large fraction of the astronomy community. KPNO continues to be an active and vital observatory in the U.S. System that began at Kitt Peak with the landmark concept of a national observatory open to all astronomers based on the merit of their scientific proposals.

About Kitt Peak and NOAO

Members of the public should call 520-318-8726 or visit the Kitt Peak Public Programs webpage for information about programs and visiting Kitt Peak. 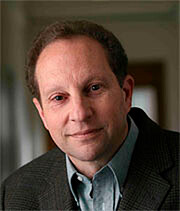