New Director of the WIYN Observatory

Astronomer Pierre Martin, director of science operations at the Canada-France-Hawaii Telescope (CFHT), has been selected as the new director of the WIYN Observatory, which operates 3.5-meter and 0.9-meter telescopes on Kitt Peak.

Starting September 22, Martin succeeds George Jacoby, who will return to the scientific staff of the National Optical Astronomy Observatory (NOAO). 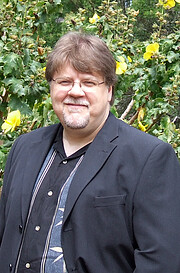