Dr. Timothy Beers of Michigan State University has been appointed to Chair the Gemini Science Committee starting on February 1, 2009. In this capacity Timothy will lead the effort to assure that Gemini's current and future scientific mission fulfills the needs or our user communities. The appointment is for a period of 2 years.

Timothy Beers is presently University Distinguished Professor of Astronomy at Michigan State University, and Associate Director of the Physics Frontier Center JINA (Joint Institute for Nuclear Astrophysics). Although his Ph.D. thesis at Harvard University (1983) was on the nature of substructure in clusters of galaxies, for the past 25 years he has worked on surveys and analysis of metal-poor stars in the Milky Way, and on the formation and evolution of galaxies as revealed by their elemental and kinematical signatures. He is a participant in current studies of the Milky Way Galaxy as survey scientist for the SDSS-III program SEGUE-2 (Sloan Extension for Galactic Understanding and Exploration). Dr. Beers has been involved in numerous international collaborations making use of telescopes around the world and in space. His work with Gemini has primarily involved studies of carbon-enhanced metal-poor stars in the Milky Way. He looks foward to the challenges and opportunities that lie ahead for forging new scientific frontiers to be addressed by the Gemini telescopes with the help and input of the entire Gemini community. 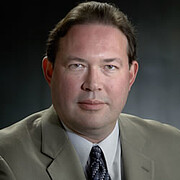