The Mid-Scale Observatories (MSO) program of NSF's NOIRLab is pleased to announce the appointment of Michelle Edwards as Associate Director of Kitt Peak National Observatory (KPNO).

Edwards completed her undergraduate studies with a BS in Physics and Astronomy from Dickinson College in Pennsylvania and earned her PhD in Astronomy from the University of Florida. Her thesis work included extensive involvement with the Canarias InfraRed Camera Experiment (CIRCE), a near-infrared instrument for the 10.4-meter Gran Telescopio Canarias (GTC).

Edwards is no stranger to the NOIRLab family. As a Gemini Observatory Science Post-Doctoral Fellow, she acted as project lead during the commissioning of the Gemini South Adaptive Optics Imager (GSAOI), the near-infrared imager for use with Gemini’s state-of-the-art multi-conjugate adaptive optics system, GeMS. In this role, Edwards was responsible for managing GSAOI project resources, writing commissioning plans, interfacing with software, science, and engineering teams, and interacting with the Australian National University (ANU) build team. Edwards was also a member of the instrument team for the mid-infrared imager and spectrograph known as the Thermal-Region Camera Spectrograph (T-ReCS) and acted as a contact scientist and queue observer. During her three years in La Serena, Chile, she executed more than 100 nights of queue observing and nighttime commissioning.

For over nine years, Edwards worked at the Large Binocular Telescope Observatory (LBTO) where she most recently served as the Observing Development and Support Lead. In this role, she managed a team of service observers and scientists, directed science operations project work, and interacted with several layers of external advisory and coordinating bodies. Edwards was also a member of the Observatory Council, the internal managerial body at LBTO, and worked with the Director and other executive leads to craft policy, program plans, and long-term strategies.

As MSO’s Associate Director of KPNO, Edwards will oversee operations at KPNO, requiring coordination of various telescopes and teams on the mountain. We are pleased to welcome Michelle Edwards to the NOIRLab team. 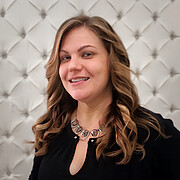