Joan Najita of NSF’s NOIRLab has been named a Fellow of the American Association for the Advancement of Science (AAAS). Election as an AAAS Fellow is an honor bestowed upon AAAS members by their peers.

Najita was elected as an AAAS Fellow for her distinguished contributions to astrophysics, particularly for theoretical modeling of protoplanetary disks and winds and the applications of these models to observations of young stars.

This year 489 members have been awarded this honor by AAAS because of their scientifically or socially distinguished efforts to advance science or its applications.

This year’s AAAS Fellows will be formally announced in the AAAS News & Notes section of the journal Science on 27 November 2020. A virtual Fellows Forum — an induction ceremony for the new Fellows — will be held on 13 February 2021.

The tradition of AAAS Fellows began in 1874. The AAAS Fellow honor comes with an expectation that recipients maintain the highest standards of professional ethics and scientific integrity.

We congratulate Joan on this honor!

The American Association for the Advancement of Science (AAAS) is the world’s largest general scientific society and publisher of the journal Science, as well as Science Translational Medicine; Science Signaling; a digital, open-access journal, Science Advances; Science Immunology; and Science Robotics. AAAS was founded in 1848 and includes more than 250 affiliated societies and academies of science, serving 10 million individuals. The nonprofit AAAS is open to all and fulfills its mission to “advance science and serve society” through initiatives in science policy, international programs, science education, public engagement, and more. 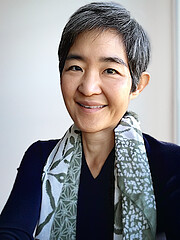