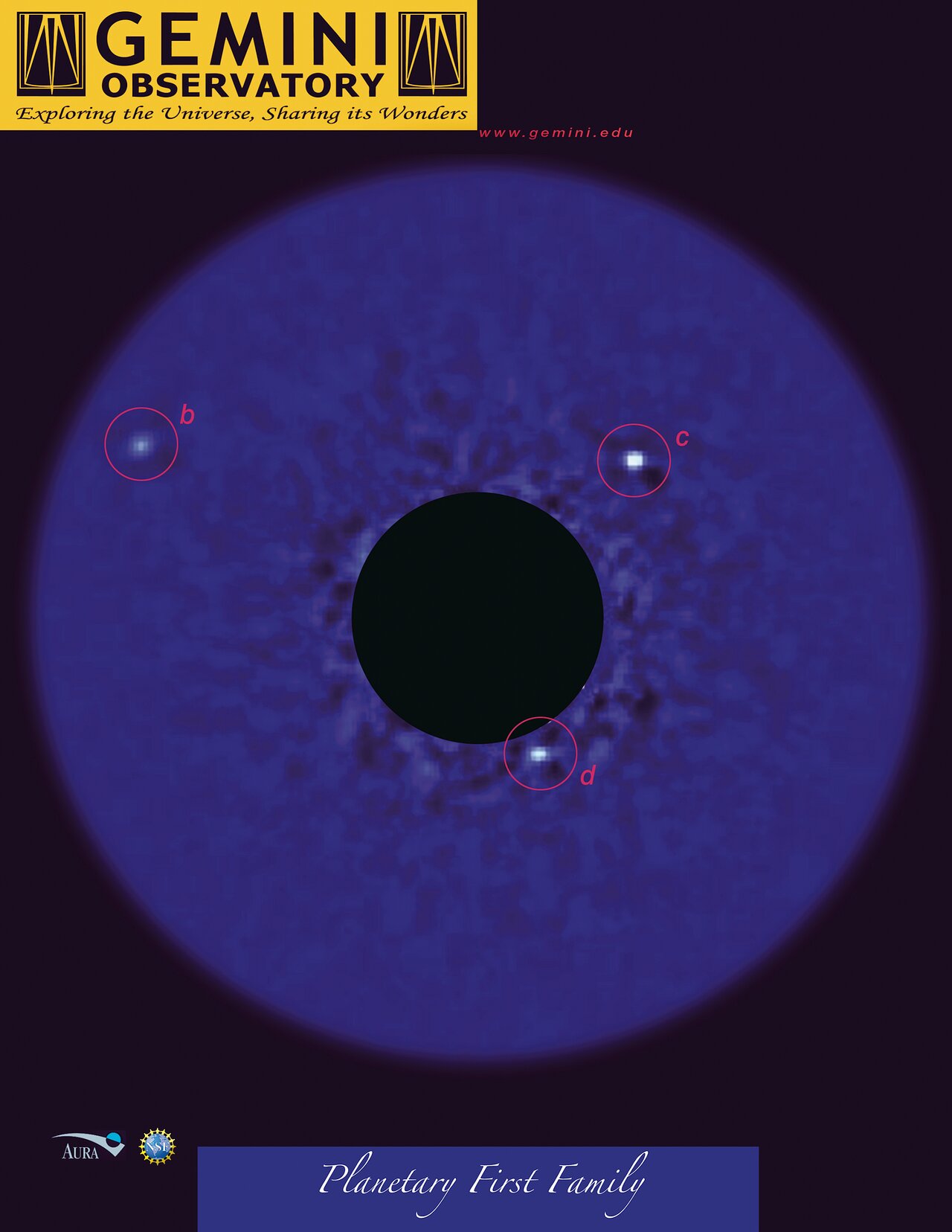 - Out of Print A K-band (2.2microns) AO image of the HR 8799 planetary system made using Gemini/Altair/NIRI and acquired on September 5, 2008 (North is up and East is left). The three planets are designated with red circles. The stellar flux has been subtracted using ADI and the central saturated region is masked out. Multiepoch observations have shown counterclockwise Keplerian orbital motion for all three planets.