The Dark Energy Spectroscopic Instrument (DESI) has cataloged more galaxies than all other previous three-dimensional redshift surveys combined, measuring 7.5 million galaxies in only seven months since beginning science operations. The US Department of Energy's Lawrence Berkeley National Laboratory leads DESI, which is installed at Kitt Peak National Observatory, a program of NSF's NOIRLab, on the Nicholas U. Mayall 4-meter Telescope.

The Dark Energy Spectroscopic Instrument (DESI), has capped off the first seven months of its survey by smashing through all previous records for three-dimensional galaxy surveys, creating the largest and most detailed map of the Universe ever. The DESI survey has already cataloged over 7.5 million galaxies and is adding more at a rate of over a million a month. In November 2021 alone, DESI cataloged redshifts from 2.5 million galaxies. By the end of its run in 2026, DESI is expected to have over 35 million galaxies in its catalog, enabling an enormous, and so far unsurpassed, variety of cosmology and astrophysics research.

The primary task of the survey is to collect spectra of millions of galaxies across more than a third of the entire sky. By breaking down the light from each galaxy into its spectrum of colors, DESI can determine how much the light has been redshifted — stretched out toward the red end of the spectrum by the expansion of the Universe during the billions of years it traveled before reaching Earth. It is those redshifts that let DESI see the depth of the sky. The more redshifted a galaxy’s spectrum is, in general, the farther away it is. With a 3D map of the cosmos in hand, physicists can chart clusters and superclusters of galaxies. Those structures carry echoes of their initial formation, when they were just ripples in the infant cosmos. By teasing out those echoes, physicists can use DESI’s data to determine the expansion history of the Universe.

DESI is an international science collaboration managed by the US Department of Energy's (DOE) Lawrence Berkeley National Laboratory with primary funding for construction and operations from DOE’s Office of Science. DESI is installed at the Nicholas U. Mayall 4-meter Telescope at Kitt Peak National Observatory (KPNO) near Tucson, Arizona. KPNO is a program of NSF's NOIRLab, and DOE contracts with NOIRLab to operate the Mayall Telescope for the DESI survey.

“There is a lot of beauty to it,” says Berkeley Lab scientist Julien Guy of the map. “In the distribution of the galaxies in the 3D map, there are huge clusters, filaments, and voids. They’re the biggest structures in the Universe. But within them, you find an imprint of the very early Universe, and the history of its expansion since then.”

DESI has come a long way to reach this point. Originally proposed over a decade ago, construction on the instrument started in 2015 and it saw first light in late 2019. Then, during its validation phase, the coronavirus pandemic hit, shutting down the telescope for several months, though some work continued remotely. In December 2020, DESI turned its eyes to the sky again, testing out its hardware and software, and by May 2021 it started its science survey.

DESI is supported by the US Department of Energy’s Office of High Energy Physics; the US National Science Foundation, Division of Astronomical Sciences under contract to NSF’s NOIRLab; the Science and Technologies Facilities Council of the United Kingdom; the Gordon and Betty Moore Foundation; the Heising-Simons Foundation; the French Alternative Energies and Atomic Energy Commission (CEA); the National Council of Science and Technology of Mexico; the Ministry of Economy of Spain; and DESI member institutions. The DESI scientists are honored to be permitted to conduct astronomical research on Iolkam Du’ag (Kitt Peak), a mountain with particular significance to the Tohono O'odham Nation.

Founded in 1931 on the belief that the biggest scientific challenges are best addressed by teams, Lawrence Berkeley National Laboratory and its scientists have been recognized with 14 Nobel Prizes. Today, Berkeley Lab researchers develop sustainable energy and environmental solutions, create useful new materials, advance the frontiers of computing, and probe the mysteries of life, matter, and the universe. Scientists from around the world rely on the Lab’s facilities for their own discovery science. Berkeley Lab is a multiprogram national laboratory, managed by the University of California for the U.S. Department of Energy’s Office of Science.

DOE’s Office of Science is the single largest supporter of basic research in the physical sciences in the United States, and is working to address some of the most pressing challenges of our time. For more information, please visit science.energy.gov.

The National Science Foundation (NSF) is an independent federal agency created by Congress in 1950 to promote the progress of science. NSF supports basic research and people to create knowledge that transforms the future.

Established in 2007 by Mark Heising and Elizabeth Simons, the Heising-Simons Foundation works with its many partners to advance sustainable solutions in climate and clean energy, enable groundbreaking research in science, enhance the education of our youngest learners, and support human rights for all people.

The Gordon and Betty Moore Foundation, established in 2000, seeks to advance environmental conservation, patient care, and scientific research. The Foundation’s Science Program aims to make a significant impact on the development of provocative, transformative scientific research, and increase knowledge in emerging fields.

The Science and Technology Facilities Council (STFC) of the United Kingdom coordinates research on some of the most significant challenges facing society, such as future energy needs, monitoring and understanding climate change, and global security. It offers grants and support in particle physics, astronomy, and nuclear physics. 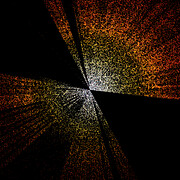 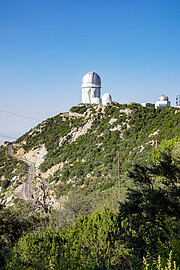 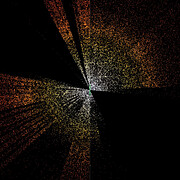