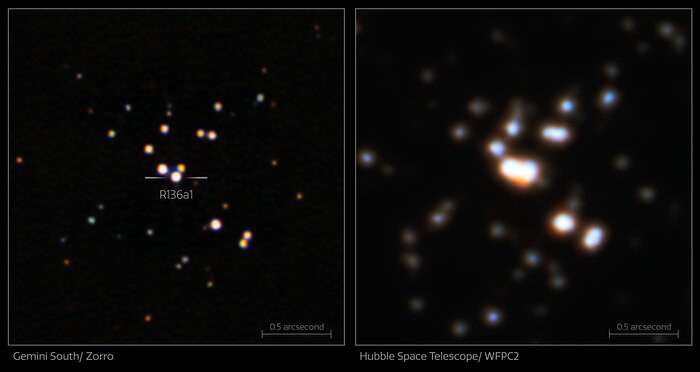 This comparison image shows the exceptional sharpness and clarity of the Zorro imager on the 8.1-meter Gemini South telescope in Chile (left) when compared to an earlier image taken with the NASA/ESA Hubble Space Telescope (right). The new Gemini South image allowed astronomers to clearly distinguish the star R136a1 from its nearby stellar companions, providing the data needed to reveal that – while still the most massive star known in the Universe – it is less massive than previously thought.