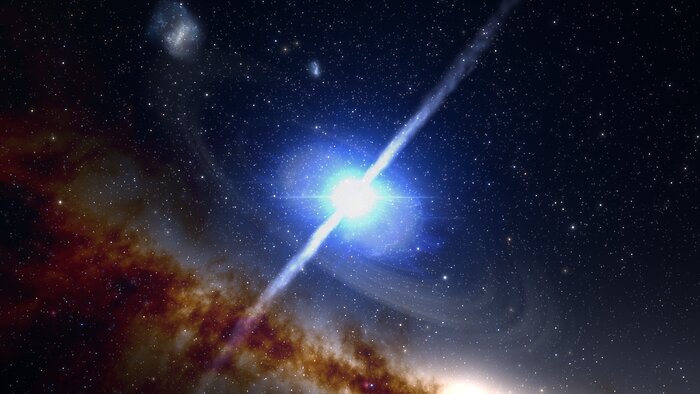 This artist's impression illustrates the merger of two neutron stars, which produces the remarkably brief (1- to 2-second) yet intensely powerful event known as a short gamma-ray burst. The corresponding explosion, known as a kilonova, also forges the heaviest elements in the Universe, such as gold and platinum. Recent observations have found that some of these bursts, rather than occurring in the vastness of intergalactic space as was initially suggested, actually happen in previously undiscovered galaxies in the very distant Universe, up to 10 billion light-years away. NOIRLabs’ two Gemini telescopes were instrumental in helping make this discovery.