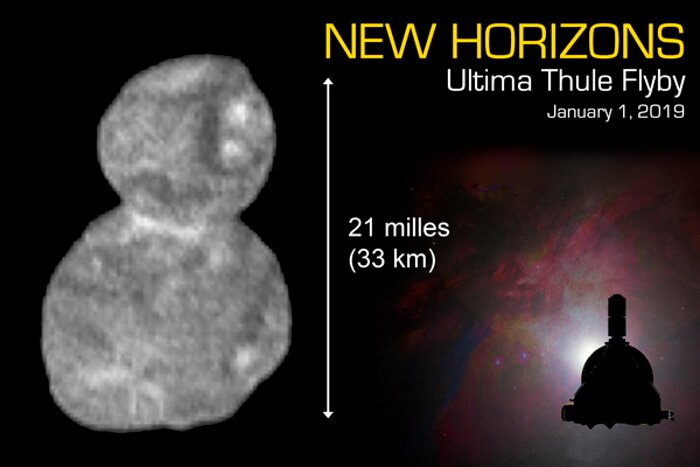 The first detailed images of the most distant object ever explored reveal the Kuiper Belt object Ultima Thule to be a “contact binary” consisting of two connected spheres: “Ultima” the larger sphere and “Thule” the smaller. In making the discovery, New Horizons set a new bar for spacecraft navigation — never before has a spacecraft tracked down such a small body at such high speed so far away. NOAO Astronomer Tod Lauer played a critical role in the achievement.