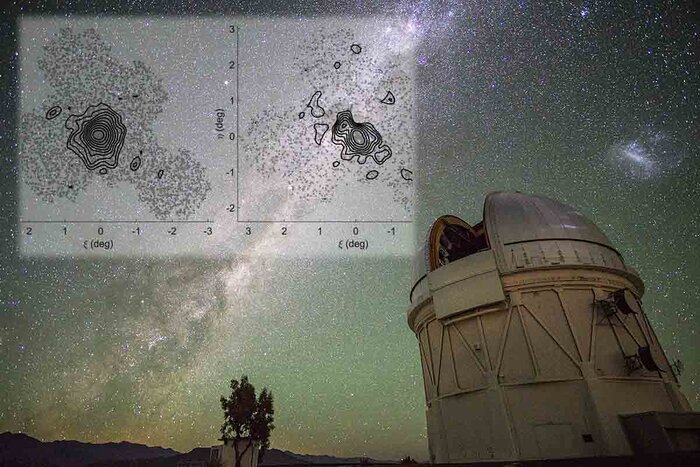 Astronomers have discovered that the tiny Sextans dwarf galaxy, which is 100,000 times less massive than the Milky Way, is undergoing a merger with an even smaller companion galaxy. While large galaxies like the Milky Way are thought to form through mergers with smaller galaxies, the new result illustrates how even the smallest galaxies may form that way. The discovery was made with data from the 4-m Blanco Telescope at CTIO.