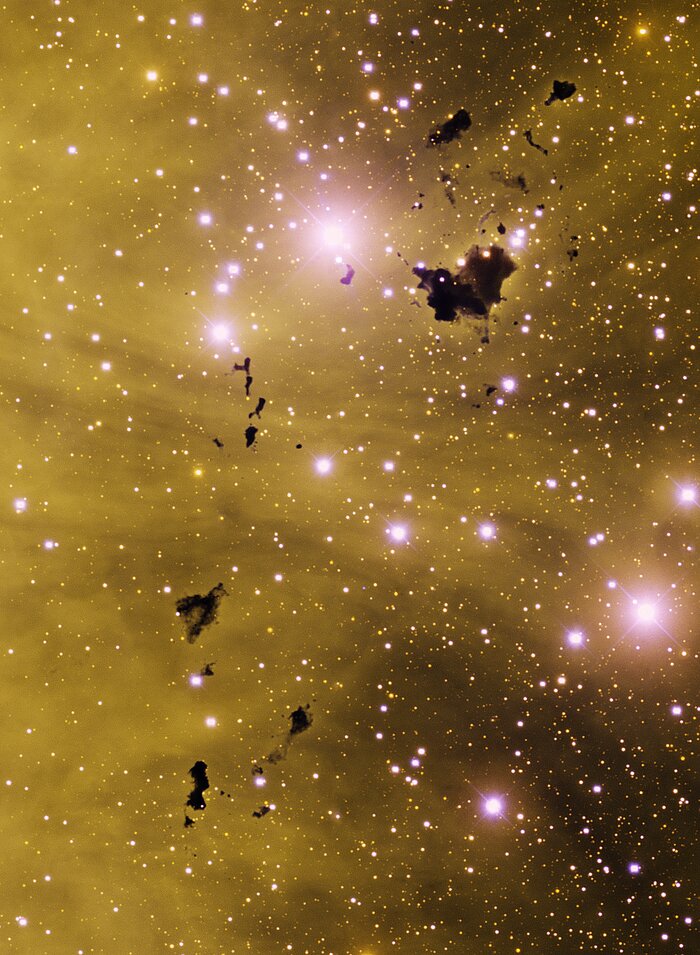 This image was obtained with the wide-field view of the Mosaic II camera on the Blanco 4-meter telescope at Cerro Tololo Interamerican Observatory on January 12th and February 7th, 2012. An array of dark Bok globules, known as Thackeray's Globules, can be seen in silhouette against the emission nebula IC 2944 in the constellation Centaurus. The image was generated with observations in the B (blue), I (orange) and Hydrogen-Alpha (yellow) filters. In this image, north is to the right, and east is up. This is one of the last observations completed with the Mosaic II camera before it was decommissioned.