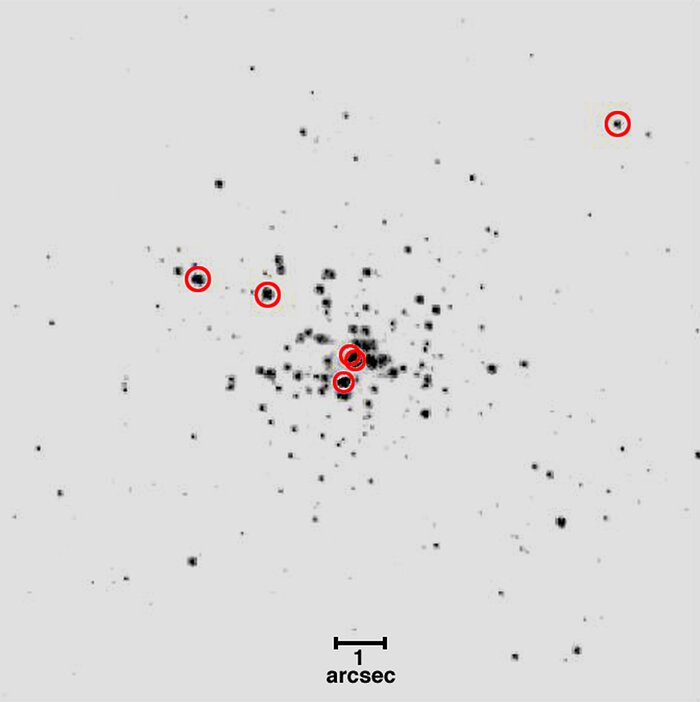 The stars marked with circles in the image are estimated to be more than 100 times the mass of the Sun. The line drawn near the bottom of the black and white image shows one arcsecond on the sky, which is a typical resolution limit for ground-based telescopes. The HST can resolve individual stars within one tenth of an arcsecond of sky, allowing detailed analysis of dense star clusters like R136.