Smashing Results About Our Nearby Galactic Neighbors 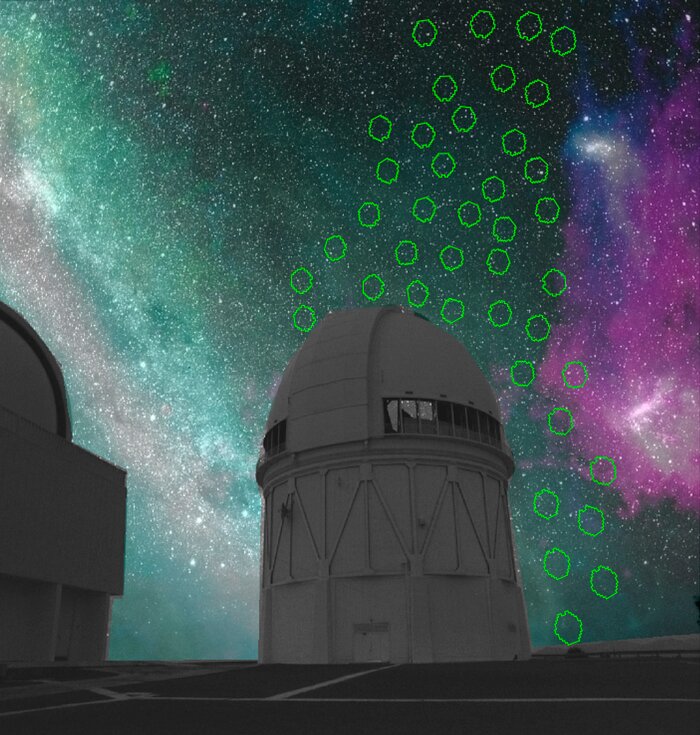 The Blanco telescope from CTIO, and the sky as it would appear if your eye could see both optical and radio wavelengths. Blue and purple nebulosity shows hydrogen gas, which connects the Small Magellanic Cloud (at top right) and the Large Magellanic Cloud (middle right) and also stretches across the sky. Green circles show some of the DECam pointings of the SMASH survey, indicating the area over which Magellanic Cloud stars have been found.