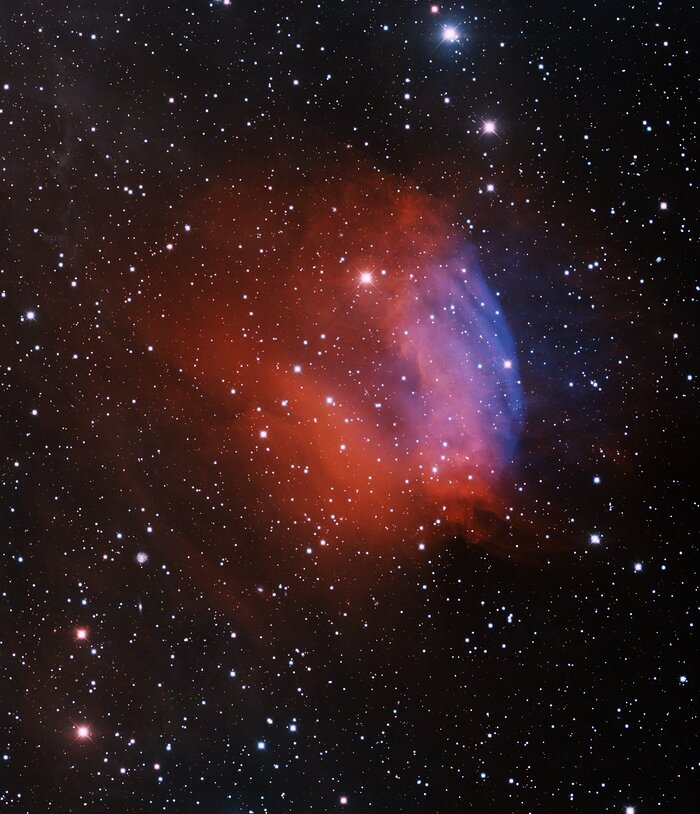 This image was obtained with the wide-field view of the Mosaic camera on the Mayall 4-meter telescope at Kitt Peak National Observatory. Sh2-174 is an unusual ancient planetary nebula. A planetary nebula is created when a low-mass star blows off its outer layers at the end of its life. The core of the star remains and is called a white dwarf. Usually the white dwarf can be found very near the center of the planetary nebula. But in the case of Sh2-174 it off to the right. (It is the very blue star near the center of the blue gas). This asymmetry is due to the planetary nebula's interaction with the interstellar medium that surrounds it. The image was generated with observations in the B (blue), I (orange), Hydrogen-alpha (red) and Oxygen [OIII] (blue) filters. In this image, North is up, East is to the left. This image was the subject of NOAO Press Release 13-01.