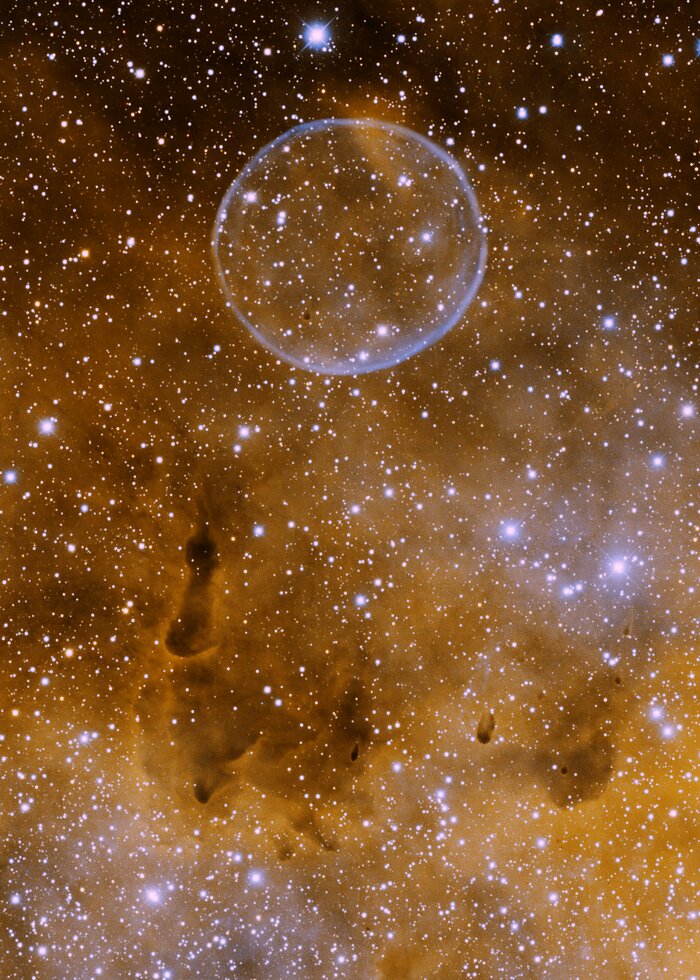 Informally known as the "Soap Bubble Nebula", this planetary nebula (officially known as PN G75.5+1.7) was discovered by amateur astronomer Dave Jurasevich on July 6th, 2008. It was noted and reported by Keith Quattrocchi and Mel Helm on July 17th, 2008. This image was obtained with the Kitt Peak Mayall 4-meter telescope on June 19th, 2009 in the H-alpha (orange) and [OIII] (blue) narrowband filters. In this image, north is to the left and east is down. PN G75.5+1.7 is located in the constellation of Cygnus, not far from the Crescent Nebula (NGC 6888). It is embedded in a diffuse nebula which, in conjunction with its faintness, is the reason it was not discovered until recently. The spherical symmetry of the shell is remarkable, making it very similar to Abell 39.