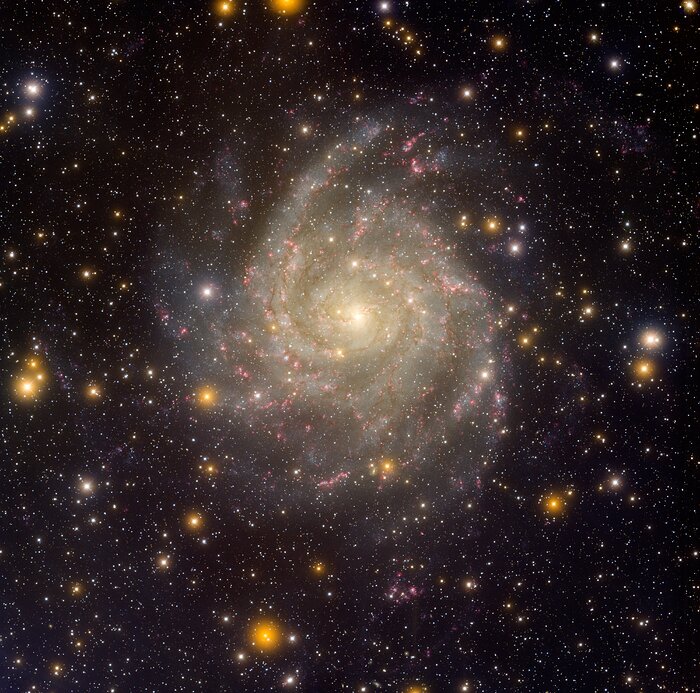 Spiral Galaxy IC 342 is located roughly 11 million light-years from Earth in the constellation Camelopardalis, “the giraffe.” Its face-on appearance in the sky — as opposed to our tilted and edge-on views of many other nearby galaxies, such as the large spiral galaxy Andromeda (M31) — makes IC 342 a prime target for studies of star formation and astrochemistry. The image, obtained in late 2006, was taken using the 64-megapixel Mosaic-1 digital imager on the Mayall 4-meter telescope. This image is the subject of NOAO press release 07-03.