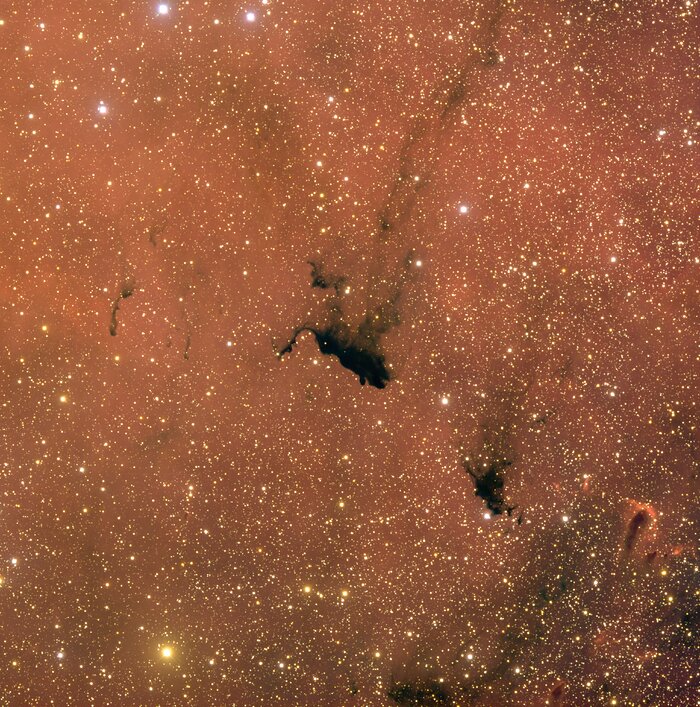 Barnard 163 is a dark nebula within IC1396, a very large emission nebula complex in the constellation Cepheus. This interstellar cloud was discovered by Edward Emerson (E. E.) Barnard (1857-1923), an American astronomer and pioneer of astrophotography who began as an amateur comet hunter, earned a degree in mathematics and later worked at Lick Observatory and the University of Chicago. He is also the namesake of Barnard’s star, the second closest known star system to Earth.