Twenty New Stars in the Neighborhood 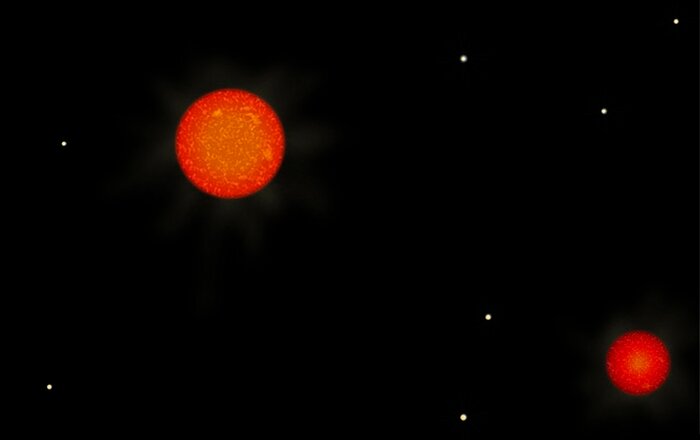 The binary red dwarf represented in this artist’s concept is SCR 0630-7643 AB, a system discovered and measured by the RECONS survey. The measured separation of the two stars is 0.90 arcseconds; at a distance from Earth of 8.8 parsecs (28.7 light-years) as obtained by RECONS, this equates to 7.9 Astronomical Units between the two, a bit less than the distance between the Sun and planet Saturn. The orbital period of the red dwarfs is roughly 50 years.