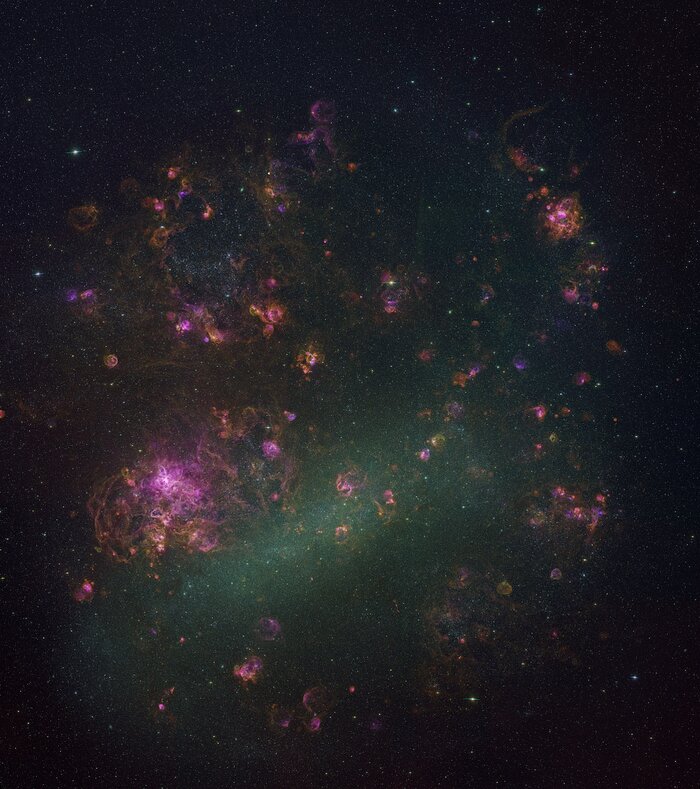 The glowing gas of the interstellar medium (ISM) is the breeding ground for the formation of new stars, and the cemetery where the ashes of dead stars ultimately return. A team led by astronomers from the National Optical Astronomy Observatory (NOAO) has conducted a new study called the Magellanic Cloud Emission Line Survey (MCELS) that focused expressly on the ISM in the Large Magellanic Cloud and Small Magellanic Cloud—the nearest major galaxies to the Milky Way. More than 1,500 individual images from MCELS have been assembled into this large mosaic of the Large Magellanic Cloud, released to the public in Washington, DC, in January 2006 at the annual meeting of the American Astronomical Society. See also NOAO Press Release 06-01.