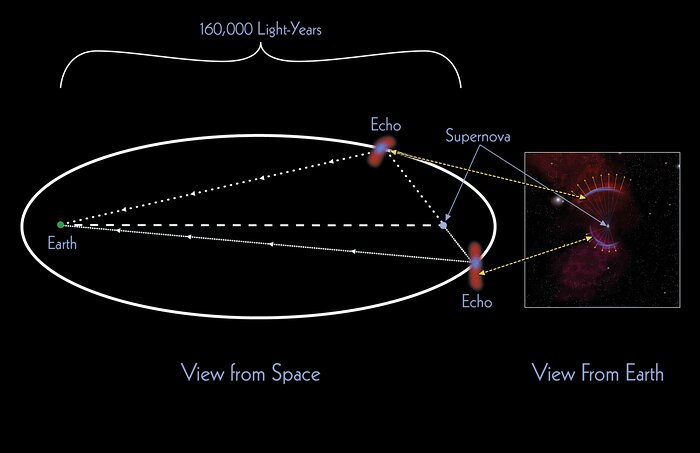 This graphic shows a schematic of the geometry of the light path that creates a supernova light echo, shown as if the process could be viewed from the side. An echo occurs when the Earth is at one foci of an imaginary ellipse and the supernova remnant is at the other, with dust clouds that happen to be located at the surface of the resulting ellipse. When the light from the supernova reaches these dust clouds, it is reflected toward an observer located at Earth. To this observer, the reflection appears as an arc; this arc would be a full, circular slice through the ellipse (as viewed from Earth) if dust were equally distributed around the full volume of space that that the supernova light is traveling through.