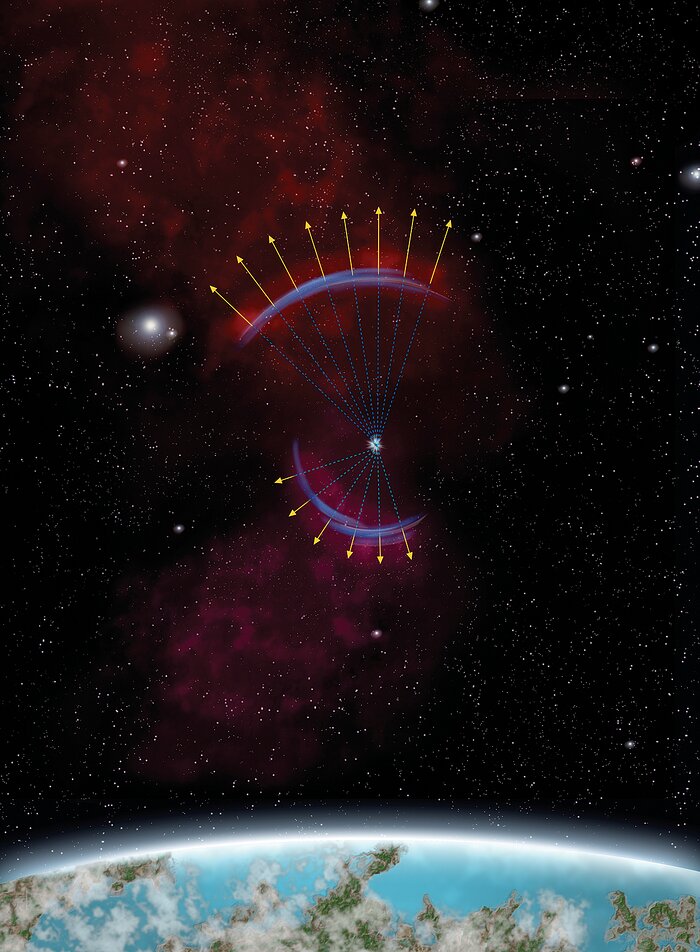 This artist’s concept portrays the appearance of a “light echo” from a supernova that exploded in the nearby galaxy called the Large Magellanic Cloud (LMC), as seen from Earth more than two centuries after the original explosion. The echo is only part of a ring, because to be seen it must intersect with existing clouds of interstellar dust far from the explosion, which are not spaced equally within the large volume that the supernova light continues to expand into. Located 160,000 light-years distant in the southern constellation Dorado, the LMC is considered the closest large galaxy to Earth.