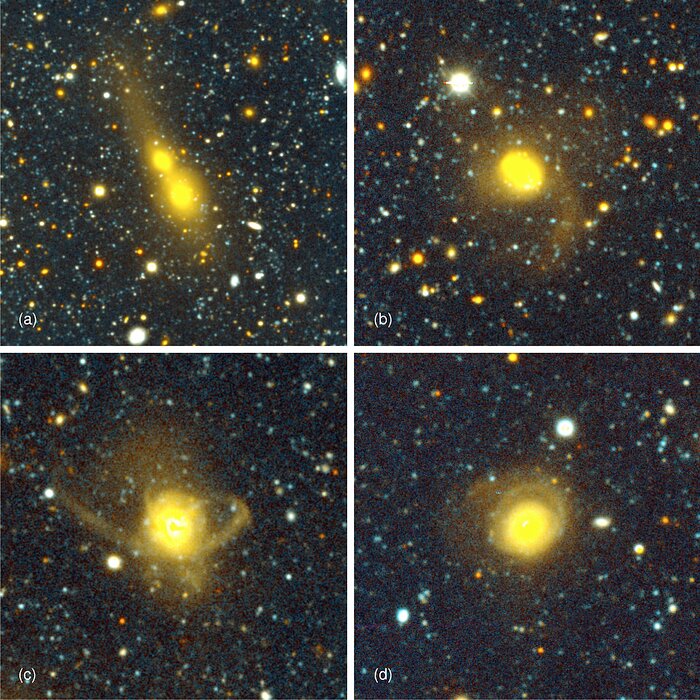 The panels show several of the newly found galaxy collisions in the nearby universe, using the NOAO Deep Wide-Field Survey (NDWFS) and the Multiwavelength Survey by Yale/Chile (MUSYC). The collisions (occurring in different galaxy pairs) are seen in different stages of the merger process, which taken together show the sequence that occurs. In (a) and (b) [top left and top right], the galaxies are still separated, but huge tidal forces of gravity are already at work pulling stars from the galaxies into enormous broad fans that stretch hundreds of thousands of light-years in space. In (c) and (d) [bottom left and bottom right], the colliding galaxies have merged into single, larger galaxies. The violent past of these galaxies can be inferred from the tidal "debris" that still surrounds the newly formed galaxies.Images (a), (b), and (d) are from the NDWFS; image (c) is from MUSYC.