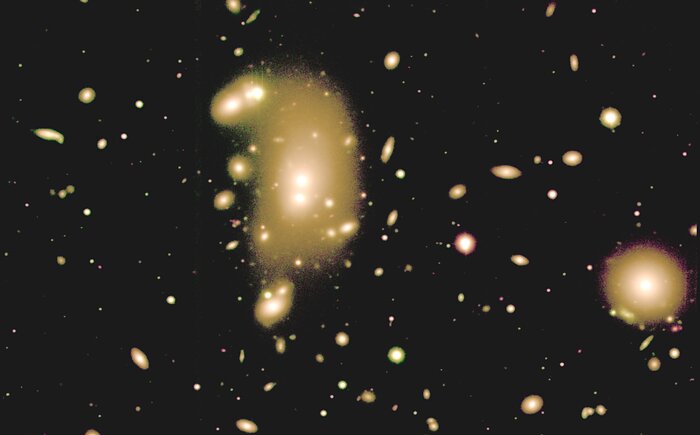 This image of galaxy cluster Abell 3266 was taken using the Gemini Multi-Object Spectrograph (GMOS) instrument on the Gemini South telescope on Cerro Pachón, Chile, in July 2005. The image was obtained by the NOAO Fundamental Plane Survey team as part of follow-up observations in support of their spectroscopic data from Kitt Peak National Observatory and Cerro Tololo Inter-American Observatory.

Abell 3266 is located at a distance of 250 million light-years from Earth. It is one of the most populous galaxy clusters in the nearby universe, and one of 93 clusters that were the subject of an August 2005 NOAO press release. Galaxy clusters contain mostly red elliptical galaxies, as seen in this view of the central region of Abell 3266.