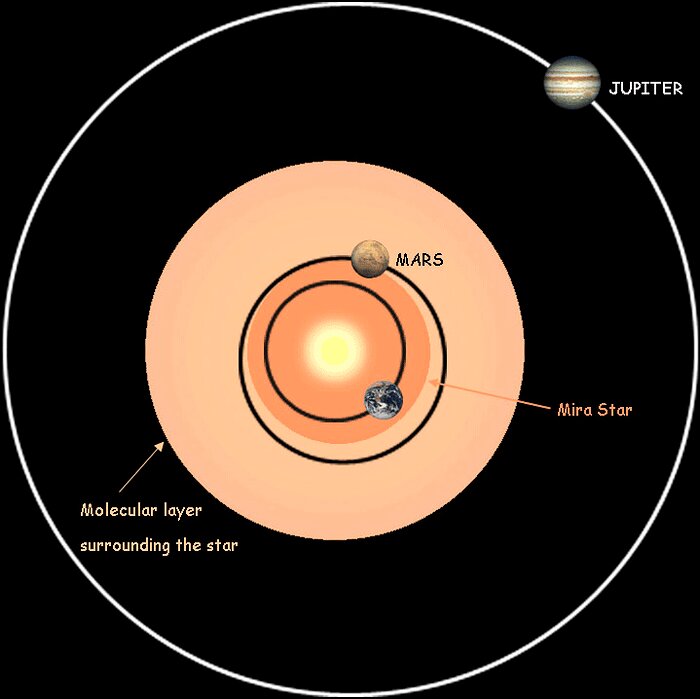 Figure 1 | The mean size of the observed Mira stars and their surrounding molecular layer is compared to the size of the inner Solar System. The Earth’s, Mars’ and Jupiter’s orbits are shown, as well as the Sun’s position. The picture illustrates that when the Sun becomes a Mira-type star in about 5 billion years, it will nearly reach Mars’ orbit and its surrounding molecular layer will extend far beyond Mars.