Merope in the Pleiades 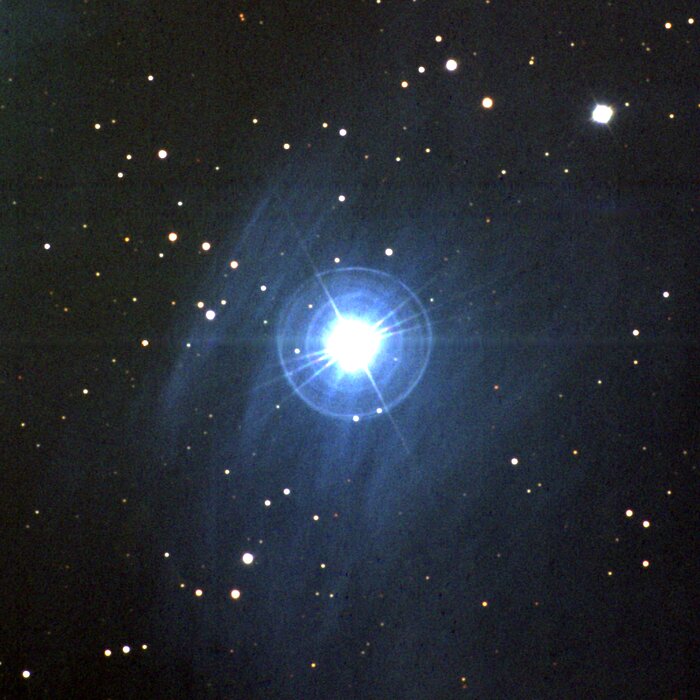 The star Merope, in the familiar object the Pleiades, in a three-color composite image obtained with the Burrell Schmidt telescope of Case Western Reserve University's Warner and Swasey Observatory. The images were taken in January of 1997. The Pleiades, also known as the Seven Sisters and Messier object 45, and Subaru in Japanese (check the logo on the cars of the same name), is one of the more prominent naked eye objects in the sky and, as such, has been known since antiquity, including three mentions in the bible. The Pleiades are embedded in a blue reflection nebula, clearly visible around Merope in this image.