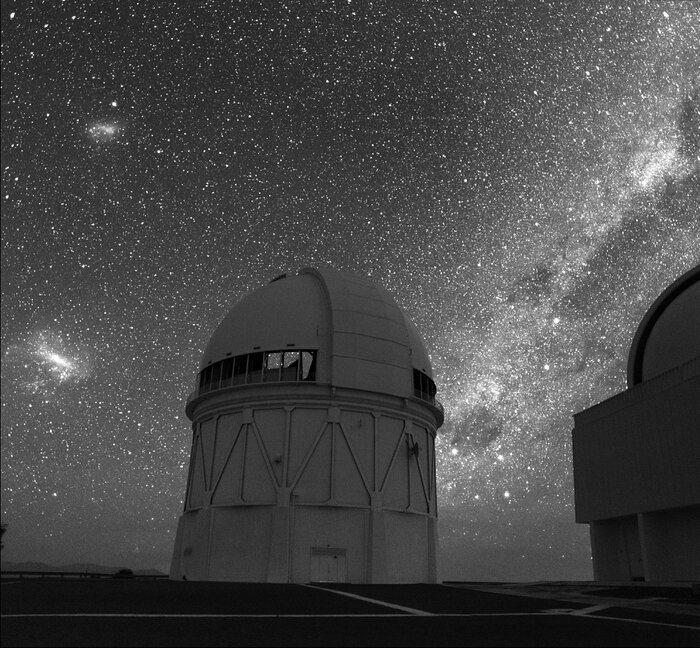 The CTIO 4-meter Blanco telescope, silhouetted against the Magellanic Clouds (at left) and the Milky Way, as seen from Cerro Tololo in Chile. This is not a composite image. It was taken by Roger Smith using a 2048x2048 scientific CCD which has much higher sensitivity than photographic film, revealing greater detail in exposures short enough (20 seconds) to eliminate star trails. The CCD, normally used on the telescope pictured, was temporarily mated to a Zeiss Distagon 40 mm f/4 lens by a "camera body" made in house. The only source of illumination is starlight.

Credit:
Roger Smith/NOIRLab/NSF/AURA/
Usage of NOIRLab Images and Videos
Are you a journalist? Subscribe to the NOIRLab Media Newsletter.