Lensing Cluster from the BTC 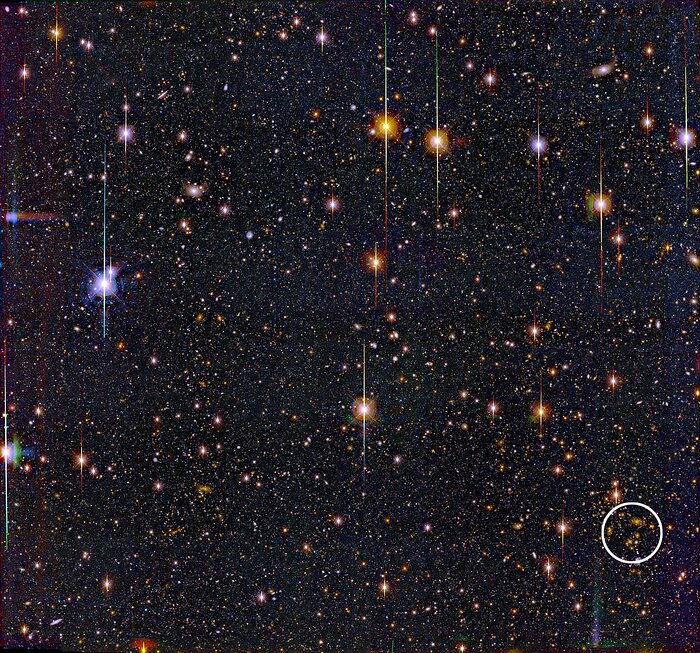 This image from the National Science Foundation's 4-meter Blanco Telescope in Chile was used to detect and locate a cluster of 15 galaxies at a significant distance from Earth, using only the mass properties of the cluster, not its visible light. The image was taken with an instrument called the Big Throughput Camera, looking at a relatively barren portion of the sky in the direction of the constellation Pisces. The galaxy cluster is enclosed by the circle in the lower right-hand corner of the image. The predicted astronomical redshift of the cluster and its mass properties match precisely with spectroscopic measurements made using the W.M.Keck telescopes on Mauna Kea, Hawaii, at almost exactly the predicted redshift of z = 0.276. This number is equivalent to looking back in time to how the cluster appeared about 875 million years ago.