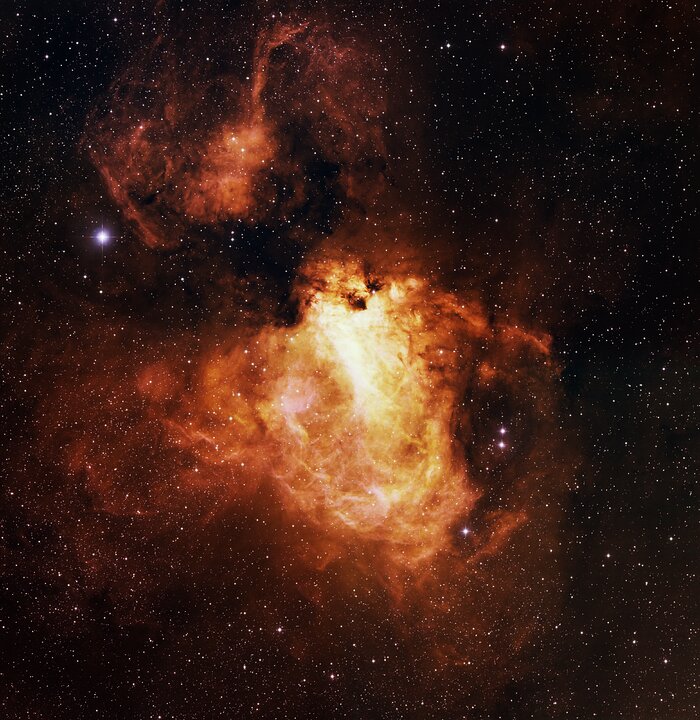 This image was obtained with the wide-field view of the Mosaic camera on the WIYN 0.9-meter Telescope at Kitt Peak National Observatory. M17, also informally known as the “omega nebula”, the “lobster nebula” and the “swan nebula” (among other names), is one of the largest and brightest star-forming regions inside our galaxy. Its size and brightness make it one of the first nebulae to be discovered, which occurred in 1745. The hydrogen gas that gives it its distinctive red color is energized by hot, massive blue stars embedded in the nebula. The image was generated with observations in the Hydrogen-alpha (orange), Oxygen [OIII] (green) and Sulfur [SII] (blue) filters. In this image, North is left, East is down.