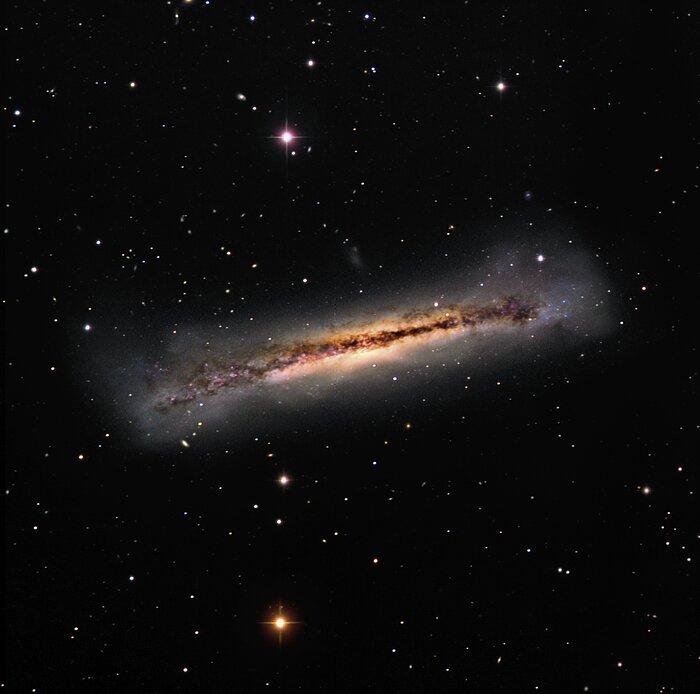 NGC 3628 is a remarkable galaxy since it is being disturbed in many ways. It is one member of a triple group of galaxies including M65 and M66 in Leo. The gravitational pull of these neighboring galaxies has most likely tipped the plane of NGC 3628 and made its central dust lane "wobbled" in appearance. In addition, spectroscopic analysis of the stars and gas in the disk reveal interesting kinematics. The stars orbit the galaxy in the opposite direction of the gas. It is surmised that a recent galactic mergers generates these kinds of dynamics. In this image, there are many small galaxies (especially the dim dwarf beneath) which may soon be gobbled up. All of this action takes place some 35 million light years away from us.