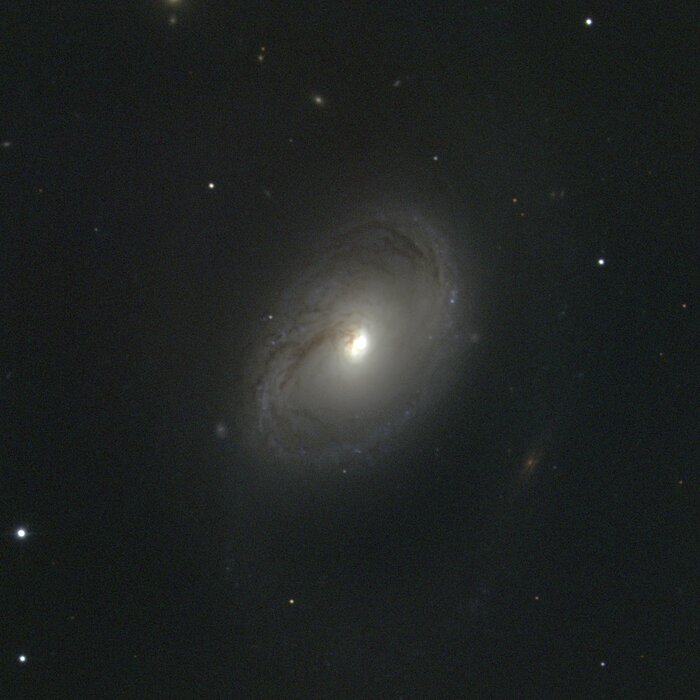 The Sa spiral galaxy M96 is the second brightest member of the Leo I galaxy grouping, which includes M95 and M105, as well as various NGC and other galaxies. At a distance of about 38 million light-years, the faint outer regions just visible at the top and (particularly) the bottom of this image give M96 a total diameter of over 100000 light-years. This picture was taken in February 1996 at the KPNO 0.9-meter telescope. It has been considerably processed in order to show the inner nuclear structure in the same image as the faint outer regions. Image size 6.6 arc minutes.