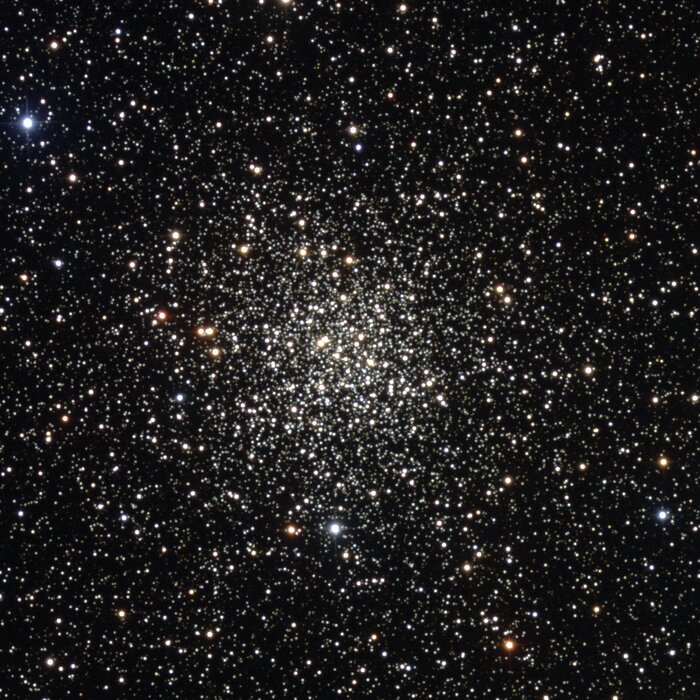 M71 is a star cluster in the constellation Sagitta. Although more people probably classify it as a globular cluster, despite its rather spread-out appearance, there are still some who maintain it's just a centrally condensed open cluster. The distinction between a loose globular cluster and a condensed open cluster is thus seen to be rather a fine one. At about 12000 light-years from us, M71 is quite small, probably only 30 or so light-years across, although there are further outlying stars whose membership in M71 is uncertain. This composite was created from images taken in July 1998 at the KPNO 0.9-meter telescope, during the Research Experiences for Undergraduates (REU) program operated at the Kitt Peak National Observatory and supported by the National Science Foundation. Image size 9.1 arc minutes.