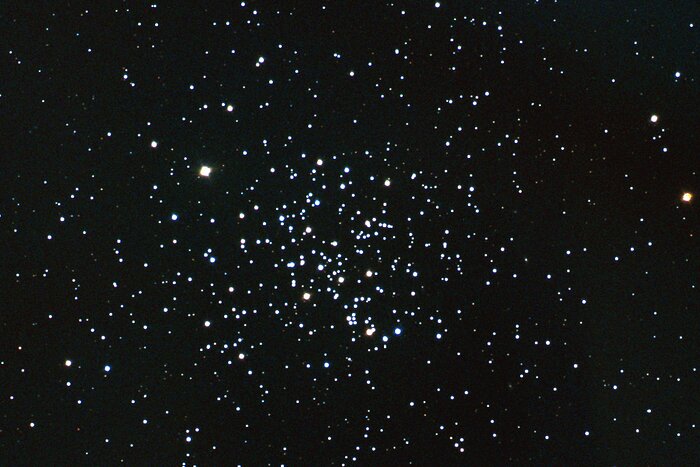 M67 is an open star cluster in the constellation Cancer. One of the oldest known such clusters, M67 was believed to be an amazing 10 billion years old. New estimates, however, fall below 4 billion years, still quite old but younger than the current winner NGC6791, at 7 billion. M67 contains approximately 500 stars within its 12 light-year diameter and is located some 2500 light-years away. This full color image was created from nine images taken in the BVR pass-bands at the Burrell Schmidt telescope of Case Western Reserve University's Warner and Swasey Observatory. The Burrell Schmidt is located on Kitt Peak, near Tucson, Arizona. The images were taken in January 1997. North is at the top with east to the left.